While being deployed in Iraq, Soldiers have discovered hobbies and skills that have benefited themselves, their unit, fellow soldiers and families back home.

Many soldiers spend their time off in the gym or in front of a game console, but the soldiers of Company F have found some constructive ways to spend the deployment.

After deploying last March, Pvt. Benjamin D. Corson, an armament repair specialist, was assigned as the repair and utilities specialist, building, repairing and maintaining the battalion’s working and living areas.

This position has allowed him to pass his first deployment very quickly. “I get in the zone and the hours quickly disappear,” said Corson about carpentry, his favorite hobby.

The 25-year-old has built many things for the unit to include a morale, welfare and recreation theater that seats 45, a fully-functioning wood shop, wooden sniper shades for the company’s vehicles, display cases, covered walkways, and a podium. Corson is most proud of an Iraqi weapons display case in the battalion headquarters.

“I made something professional out of plywood and wood glue,” he said. “I was always taught quality first, even if it takes extra time.”

The Land-O-Lakes, Fla., native loves carpentry and began his trade at age nine under the tutelage of his father. Even though his job as the battalion carpenter is ending soon, Corson looks forward to expanding his carpentry skills after returning to Fort Carson, Colo.

“I’m working on getting a contractor license for Colorado and do construction business on the weekends,” said Corson. “My dream is to one day own a custom furniture business.”

Corson isn’t the only soldier who is using this deployment to fulfill a dream. Sgt. Ricki French, a Bradley Fighting Vehicle system maintainer, wants to change his military occupational specialty more to his liking.

When the company’s MOS-trained welder was transferred, French became the welder by default and has enjoyed the job.

The native of Louisville, Ill., has been fixing equipment and welding since he was 14, working on the neighbor’s corn and soybean farm. French finds value in being able to weld and create things with metal.

“Stuff costs too much to let someone else fix it. I get to make something out of nothing,” he said with a grin.

Despite rain, clouds of flies or 130-degree days, the mechanic-turned-welder loves his work. “I have fun out there,” he said.

The 27-year-old is usually found in the battalion motor pool fabrication shop, a facility he helped build, bent over a piece of metal in a pair of soot-stained coveralls. His work for the battalion is needed most when the project is either too expensive or unique to buy.

While in Iraq, French has built flagpoles, security doors, gates, equipment racks, fences, BBQ grills, and repaired dozens of damaged vehicles and containers. But French’s real skill as a welder really shines through in some of his more unusual projects.

The welder made 12-inch-high copies of the Silver Lion’s Battalion crest out of plate steel. The crests were created as gifts for the Iraqi police and military.

“I am most proud of the unit crests,” said French. “I want people to look at them and appreciate how difficult they were to build. It’s something I love to do and surprisingly, I’m good at it.”

While some soldiers were honing skills as a part of their deployed duties, others were spending their down time developing other unique hobbies.

Spc. Adam Rivera, a petroleum specialist, did not mean to develop a new hobby when he was teleconferencing with his 3-year-old son A.J. a few months ago.

While teleconferencing, Rivera drew his son a picture of a superhero with an M4 rifle. His son promptly asked his father for that superhero for Christmas. The idea was planted and Rivera went to work transforming the drawing into workable blueprints. According the Rivera, it took five days to design on his computer.

Rivera sent the computer renderings to a company in New York City and had a six-inch plastic action figure with movable arms and legs built. The entire project cost $35 to mold, cast and paint the action figure.

A.J. opened the present on Christmas Day and received “daddy’s toy” “He forgot about the rest of his toys,” said Rivera. “My son has a toy nobody else has.”

But this soldier’s work as a toy maker is not complete. “I’m already working on a bad guy for my son. I am helping my son feel unique and special,” he said. 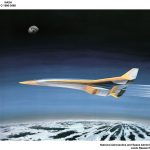 Shortfalls of Defensive Hypersonic Weapons Must Be Addressed 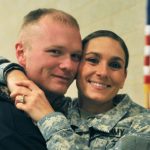 OCTOBER 30, 2020 – U.S. Army Tank-automotive and Armaments Command has teamed up with Flagstar Bank and the U.S. Chamber of Commerce Foundation to provide career opportunities for military spouses. Members of the bank’s leadership team, along with representatives from the U.S. Chamber of Commerce Foundation and TACOM, held a virtual meet and greet on […]