The U.S. Marines Corps is a branch of the U.S armed forces responsible for providing force protection from the sea using the mobility of the U.S Navy. It is one of seven uniformed services of the U.S. The Marine Corps fulfills a vital role in national security as an amphibious, expeditionary, air-ground combined arms task force, capable of forcible entry from the air, land and sea.

Travel Discounts
Take advantage of your Marine Corps benefits while traveling, and enjoy the savings.

Marine Corps Vacation
Vacation for servicemembers is a time where Marine Corps personnel get a chance to reconnect with their families and enjoy time away from the everyday stress and duties that being a servicemember incur.

Relocation / PCS
Frequent relocations are an accepted part of Marine Corps life. Moving is challenging and can be disruptive and stressful to DoD personnel and their families.

Requirements To Join
Are you in excellent physical and mental condition? It is a must if you want to be a soldier in the U.S. Marines!

Changing Jobs
Moving to a different Military Occupation Specialty, Air Force Specialty or Rating is not the only way to change Marine Corps jobs.

Marine Corps Spouse Jobs
Marine Corps Spouses are part of a talented and amazing work force. They support and sustain troops fighting to defend the Nation, they care for our wounded warriors, and they survive our fallen heroes. 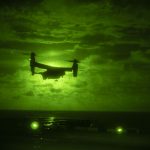 Marine Corps Leave and Vacation
One of the great benefits of today’s Marines is Leave.

Marine Pay Rates
Basic Pay is the fundamental component of Marine Corps pay. All members receive it and typically it is the largest component of a member’s pay. A member’s grade (usually the same as rank) and years of service determines the amount of basic pay received.

Marine Corps Loans
Marine Corps loans can be a good way to pay for emergencies, minor purchases, vacations, or for consolidating other debts that are at a higher interest rate than the military loan rate.

Marine Corps Careers
Learn below about the many career opportunities available to you as a service member of the Marines.

Marine Corps Discounts
Information and links about discounts and deals for members of the U.S. Armed Services and U.S. Military veterans including vacation destinations.

Marine Corps Spouses
Know your benefits as the spouse or family member of a military servicemember or veteran.