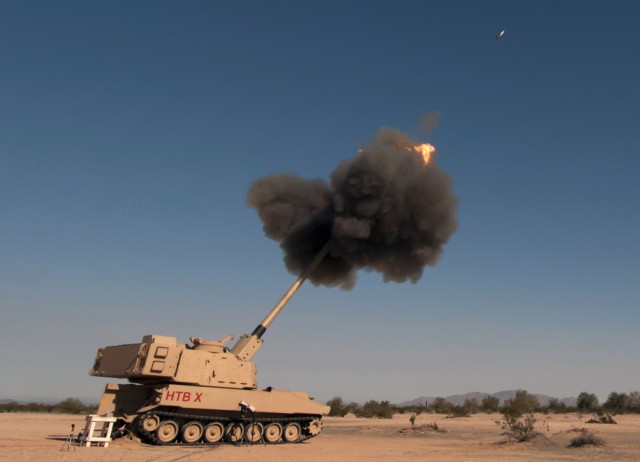 FEBRUARY 22, 2021 – As the Army crafts its next budget, its chief of staff said Wednesday he will ensure every dollar counts as the service pushes ahead with its modernization efforts.

The Army is currently pursuing over 30 signature modernization systems under its updated acquisition process that aims to cut timelines and eliminate wasteful spending.

“If we’re going to field a system, its success … is getting it in the hands of Soldiers,” said Gen. James C. McConville during a virtual discussion hosted by the Heritage Foundation. “And we must do that and we must transform the Army now.”

McConville said the Army has moved to a 21st century acquisition process that is starting to field systems in three to five years compared to past systems that took about 15 years.

“We are aggressively moving out and getting after these systems,” he said. “And what we have to show is that every dollar that Congress gives us, we’re going to use it appropriately.”

Early last year, the Army showed its commitment to saving funds when it canceled the original solicitation for the Optionally Manned Fighting Vehicle. It later released a new one in December to better assist industry with a list of basic characteristics for the vehicle that will transform the way infantry Soldiers and maneuver formations fight on the battlefield.

“We stepped back and we came out with the characteristics that we’re looking for in the system,” McConville said.

Under the current acquisition process, the Army works closer with industry partners by initially providing them characteristics, not requirements, which allow them to be more innovative. Prototypes are then quickly delivered to Soldiers, who work with industry and others to finalize the requirements.

“I am pleased where we’re going,” McConville said. “We know that there may be some tough decisions, but we’re prepared to make those decisions as we move forward.”

He also advised industry that if their programs are not on cost, performance or schedule, they could be the next ones to be cut.

“We’re asking everyone to realize the importance of fielding those systems and meeting the requirements that they said they can do,” he said.

“They are modernizing their forces and I believe that the way we keep the peace, which is what everybody wants, is through strength,” he said.

As he studied military history throughout his career, the general said he noticed that when a military is not strong, other countries may decide to take advantage.

Modern, improved systems can provide that deterrence. The general said the future Army should have more range and speed over an adversary, whether that’s new combat vehicles, aircraft or long-range precision fires.

“We’re going to be able to reach out and touch those who wish us harm, if required, in a way we’ve never done before,” he said.

Project Convergence, which is headed by Army Futures Command, could also enhance the speed of tying sensors with artificial intelligence to inform the right shooters to hit an enemy target.

The project’s first “campaign of learning” was held last year at Yuma Proving Ground, Arizona. A second iteration is expected at Yuma again later this year to continue developing the Defense Department’s Joint All-Domain Command and Control concept that connects sensors and shooters from all services.

“This is what it’s all about,” McConville said. “It ties the whole joint force together, and we can quickly move data from one system or sensor to another system and make sure we have the right shooter that can quickly engage targets.”