9/9/2012 – SCOTT AIR FORCE BASE, Ill. (AFNS) — Dressed in a silver and black dress, 3-year-old Chloe Smith stood beside her mother, Tiffany, as they accepted a Silver Star award today in honor of Senior Airman Bradley R. Smith who was killed in action at the age of 24 in Afghanistan Jan. 3, 2010.

Maj. Gen. Lawrence Wells, 9th Air Force commander, presented the medal “on behalf of a grateful nation and even more grateful Air Force” to Smith’s widow, his parents, Gary and Paula Smith, and to Tech. Sgt. Ryan Smith, Brad’s brother, during a ceremony in Troy, Ill.

Upon receiving the award, Tiffany said she was thankful for the efforts of everyone who took part in seeing that Brad received the honor he had earned.

“When I first learned of what Brad did, I wasn’t filled with pride like I am today,” she said. “Quite frankly I was very upset at him and would just yell out ‘Why didn’t you keep your head down?’ or ‘Why couldn’t you have just been a coward … just this once?’ In the midst of my tantrum, a good friend reminded me that Brad wasn’t trying to be a hero, and that he wasn’t trying to do anything more than what he thought was right and necessary … and that ‘coward’ wasn’t a word that he knew.

“Over time I could see that he was just being true to the kind of man that he was. He was my hero long before his death. His passion for life, love for his family and dedication to always bettering himself is what made Brad my hero. This Silver Star solidifies what I already knew about my husband, and it will serve as a reminder of the hero that he truly was … both in the way he lived and died.”

“Brad’s life embodied gallantry in action, which started long before the tragic event that took his life,” he said. “On Sept. 11, 2001–Brad’s 16th birthday–he watched with the rest of the world as terrorists attacked the Twin Towers and the Pentagon. It was only five short years later that he joined the Air Force and brought his talent to the fight for the Global War on Terrorism. When he enlisted, he became part of the one percent of Americans who proudly serve our nation … knowing that he would be called to action during a time of war.”

As a former football player for Triad High School, Brad knew what it meant to be part of an elite team like the Tactical Air Control Party, explained Wells.

“You have to be the best of the best … and Brad excelled [at everything he did]. I stand in awe of everything he accomplished in just four short years of Air Force service. …Our TACP warriors are not common men. They are uncommonly brave … committed to leaving no one behind and always demonstrating valor in the face of the enemy. Duty first, always ready. Well done our good and faithful servant.”

The Silver Star travelled 370 miles from Fort Riley, Kan., carried by members of Brad’s unit, the 10th Air Support Operations Squadron during a 24-hour ruck march that ended in a heavy downpour as the entire team walked the last mile into town. Other TACPs from the 168th and 169th ASOS Guard units from Peoria, Ill., joined them in formation for the award ceremony.

“It was hot and physically challenging,” he said, “but we were all motivated to do this for Brad.”

Also marching with the unit was Senior Airman Mike Malarsie, who was with Brad the day he was killed. Malarsie was Brad’s TACP partner and they were trained to call in close air support should the Army platoon they were assigned to need “help from above.” Their patrol entered a village when an IED triggered, killing two soldiers and seriously wounding Malarsie. Brad and Army medic Brian Bowman went to his aid and got him to safety. After continuing to direct close air support, Brad and Bowman went to retrieve the body of one of the fallen soldiers when the second IED triggered, killing both men instantly.

Though blinded, Malarsie continues to serve on active duty, and spoke fondly of Brad during the ceremony, recalling several conversations and humorous moments that shed light on Brad’s personality.

“We had nothing but fun … even in some of our firefights,” he said. “We loved our job … we were mostly concerned with protecting the guys on the ground. I don’t remember a whole lot about that day, but what Brad did was not surprising … that’s who he was, and it was an honor for me to have served with him. His legacy will live on.”

Illinois Gov. Pat Quinn also addressed the audience and said that while “God did not give Brad a long physical life, he gave Brad a purposeful life.” He praised the Smiths for raising sons with high moral values and offered his thanks to them for their continued service to other parents who’ve lost a child.

“It is the duty of the living to ensure our heroes are not forgotten,” he said. “Brad had a servant’s heart … and our faith teaches us that we will see him again.”

No one knows that better than his mother, Paula, who said Brad would be embarrassed by “all this commotion” surrounding him today. But, that he’d also be humbled by the show of support, and the kindness and generosity of everyone who has made this possible. She recited Brad’s favorite scripture that spoke to being “strong and courageous … do not be discouraged … do not be terrified, for your Lord God will be with you wherever you go.”

“There have been many days filled with grief, loneliness, heartache and sadness,” she said. “But then there are days like today filled with hope, compassion, friendship, unity, extreme thankfulness, pride … celebration and remembrance. There is no greater love than this … that a man lay down his life for his friends. Thank you everyone for making this a wonderful day.” 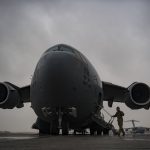