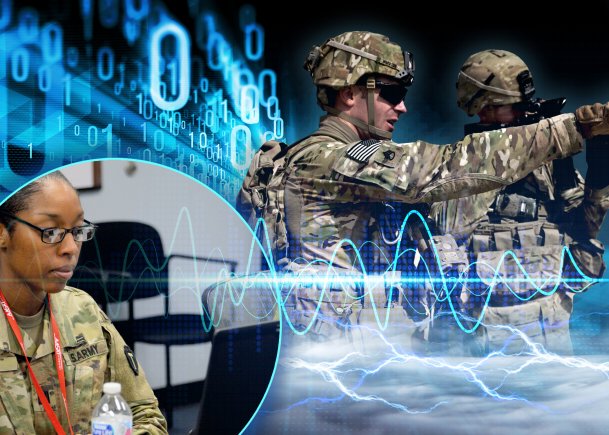 AUGUST 23, 2019 – The Army is advancing its ground-based precision navigation and timing, or PNT, technology to counter spoofing threats and improve operations in a multi-domain environment.

While GPS continues to be the “gold standard” for PNT capabilities, it can be disrupted from a number of frequency interferences such as weather, and man-made or natural terrain, said Col. Nick Kioutas, the PNT project manager.

Near-peer competitors have also demonstrated an ability to “spoof” current GPS technologies. Spoofing can generate position and timing inaccuracies on a battlefield, he said Friday at a media event hosted by Program Executive Office Intelligence, Electronic Warfare and Sensors, or PEO IEW&S.

The Army has taken a layered approach to ensure accurate position and timing data, he said. This approach includes the integration of non-radio frequency technologies on the battlefield, such as inertial-based navigation systems, chip-embedded atomic clocks, and Soldier-worn or vehicle-mounted odometers.

For example, industry officials are currently developing and testing a boot-sensor prototype that tracks a Soldier’s rate of movement, he said.

“It is like a pedometer,” Kioutas said. “If you knew you were walking at a certain pace and all of a sudden your system jumped a kilometer — you know you’re being spoofed.”

The Army also looks to secure access to alternative sources of PNT data through other GPS networks. Program officials have also considered the use of anti-jam antennas on vehicles to ensure access to GPS and PNT signals, Kioutas said.

“Our systems will integrate all these data sources to determine which one we can trust the most,” he said. “If our GPS is spoofed, we can look at our inertial navigation system [or other layered systems], and compare it to one of these alternative signals” to get accurate PNT data.

Through the EWPMT, the Army can now visually synergize its EW attack, targeting, and surveillance capabilities to enable the maneuverability of forces. The tool also improves spectrum management operations and assists with the intelligence-gathering process.

Operators can streamline the process between the EWPMT and fires support, in addition to being able to configure their system to generate automated responses to a variety of signals or alerts, officials said.

Once a EWPMT system is triggered, the program will initiate its automated workflow, often distributing information throughout a tactical operations center. Depending on the engagement, operators can initiate a fire mission and provide tactical graphics for support.

“EWPMT is the commander’s primary tool to integrate multi-domain operations into their military decision-making process,” he added.

While still under development — EWPMT increment one, capability drop three — is leveraging user feedback to allow EWPMT to support the electronic warfare officer’s techniques, tactics, and procedures, Marshall said. A pool of electronic warfare Soldiers and electromagnetic spectrum managers, or 25Es, from across the Army are involved in the program.

Instead of waiting for EW to become an official part of the targeting process, program officials are trying to get ahead of the curve to fulfill a future requirement, said Capt. Daniel J. Nicolosi, EWPMT assistant product manager.

Currently, EW operators “have nothing,” added Chief Warrant Officer 2 Will Flanagan, senior electronic warfare targeting officer, who is assigned to the operations group at the National Training Center at Fort Irwin, California.

As an operator, Flanagan is highly involved in the EWPMT’s ongoing developmental process.

“With the EWPMT in front of me, I can show the commander where we’re at, and what we can do,” he said. “This will give us that spot on the TOC floor. This is the first tool to allow us to do our jobs.”

Future iterations of the EWPMT program, officials said, will focus on pacing the threat’s capabilities within a disconnected, intermittent, and latent environment. In turn, the program will help refine the Army’s ability to conduct cyberspace electromagnetic activities in support of multi-domain operations and enable the Army to fight and win on a complex battlefield.

VMAX
For the EWPMT to be effective, it relies on fielded communications sensors and other EW transmission devices.

The Versatile Radio Observation and Direction, or VROD, Modular Adaptive Transmission system, known as VMAX, have already been fielded to meet mission requirements.

“Its purpose is to create that advantage in the electromagnetic spectrum to provide Soldiers a window to maneuver on the battlefield,” he added.

When VMAX is operating in a support capability, operators can monitor the electromagnetic environment and determine what frequencies an adversary is operating on. Further, Soldiers can use multiple VMAX systems to geo-locate a signal, he said.

Similarly, if VMAX is supporting offensive EW capabilities, it can be used to jam or interfere with the signal within specific frequencies.

VMAX is a self-contained, battery-powered device, which weighs approximately 25-30 pounds, Gilliard said. Soldiers can tether VMAX to a vehicle, a building, or some air platforms. The device can be remotely operated and configured with a wide range of antennas to fulfill mission requirements.

The Army currently owns more than 200 VMAX nodes and 100 VROD nodes, he added. Majority of these devices are already deployed around the globe, many of them supporting operations in Europe and the Middle East. 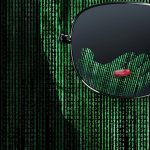