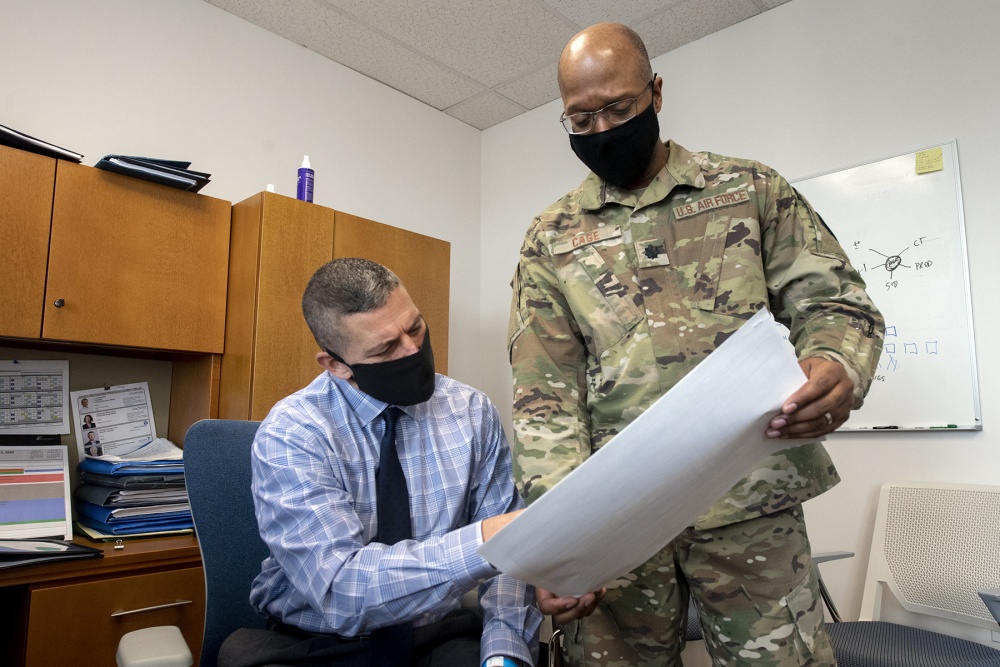 NOVEMBER 20, 2020 – While the reality of a COVID-19 vaccine inches closer, the team at Operation Warp Speed is refining its plan to deliver doses across the country.

Charged with developing and delivering a vaccine to 300 million Americans, Operation Warp Speed paired military planners with experts at the Centers for Disease Control and Prevention to work the details of a monumental plan.

“The CDC brings a lot to the table. They get vaccines out every year, from children’s immunizations to the flu vaccine,” said Operation Warp Speed Director for Supply, Production and Distribution Paul Ostrowski. “So the CDC, Health and Human Services and our Department of Defense Planners, who got after the manufacturing piece and are working with the states to plan for every distribution contingency – create a powerful force.”

At the core of the distribution plan are the basic tenets of visibility, coverage, uptake and traceability, Ostrowski explained. Visibility of the vaccine is essential, particularly since the number of doses up front will be limited.

“We need visibility – not only of vaccines, but of the ancillary items we’re distributing, like syringes and needles, because the scrutiny will be unprecedented and we want to know what we have and where it is,” Ostrowski said.

Coverage is the broad dissemination, as this vaccine will be pushed beyond traditional administration channels to ensure everyone who needs it gets it.

“We have to go beyond brick and mortar,” Ostrowski said. “We have to get this to the long-term care facilities, to meat packing plants. We have to go mobile to be able to cover the entire country and not depend on people to come to us.”

Uptake is managing the supply and demand.

“We want to make sure we don’t have imbalances with overages in one place and shortages in another,” he said.

“The vaccines are not interchangeable,” he said. “We need the ability to verify the manufacturer and to notify the recipient when it is time for their second dose.”

While Operation Warp Speed will deliver vaccine shipments as directed by the jurisdictions, it will be up to the states, territories and major metropolitan areas to further define where the doses ultimately go.

The states collectively received $200 million toward the effort, and $140 million more is destined to arrive before the end of the year. As local plans become more refined, Ostrowski said he is confident the jurisdictions will get it right.

“They’re doing this now,” he said. “The normal places where people get shots – from chain pharmacies to doctors’ offices – are doing this today. We can certainly do it for a COVID-19 vaccine.”