Allegedly, an Army noncommissioned officer left his base and killed Afghans in nearby villages. He turned himself in to authorities upon his return to the base, Little said.

The soldier had served multiple tours in Iraq and is on his first Afghanistan deployment, the press secretary said.

“We believe at this time only one service member was involved,” Little said. “Beyond that, I really can’t comment further.” The investigation into the incident continues, he added.

U.S. officials – including Defense Secretary Leon E. Panetta – are in touch with their Afghan counterparts. The secretary called Afghan President Hamid Karzai and expressed his deepest condolences to the victims and their families.

“This is an isolated incident,” Little said. “We will pursue accountability for the alleged actions of this service member.”

Little would not speculate on a motive for the incident. “We are very troubled it happened and are very interested in knowing why the alleged shooter might have done this,” he said. But the actions of one individual will not force the United States to change its fundamental strategy in Afghanistan, he added.

“We continue to work closely with our Afghan partners throughout the country to pursue our common mission,” he said. “We are mindful it wasn’t just a U.S. response to this incident. Our Afghan partners responded quickly as well, and we believe that is a sign of strength in the relationship.”

Little could not say when the service member will be charged, nor would he put timelines on the investigations. “We want to make sure we have a complete picture of what happened in this horrific event,” he said. “And we prepare for possible criminal prosecution.”

An investigative team and a prosecutor have been assigned, Little said. “We are going to work closely with the Afghans on this investigation,” he added. 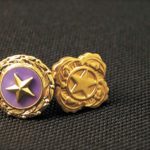