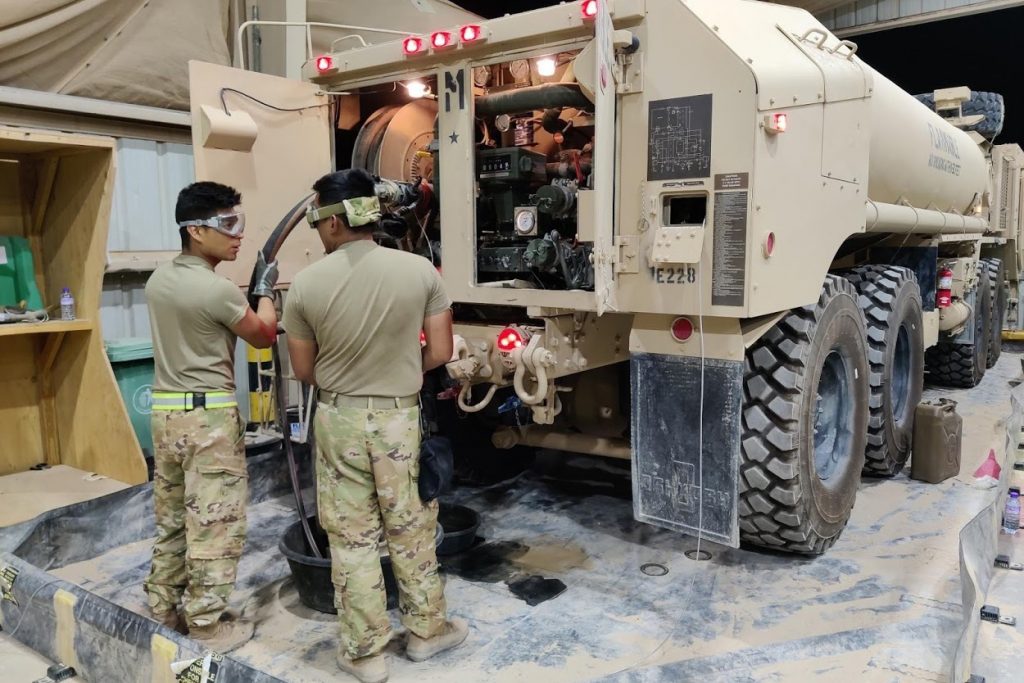 JUNE 24, 2021 – Sustainable states throughout the Middle East and Central Asia are important for regional peace, stability and prosperity, the commander of U.S. Central Command said.

“Environmental concerns are often a key driver of conflict because they deal with basic human needs. Water scarcity, in particular, is an area of increasing concern throughout the region and beyond, McKenzie said.

As an example, one of Egypt’s top foreign policy priorities is finding a diplomatic resolution to Ethiopia’s filling of the Grand Ethiopian Renaissance Dam, he said, mentioning that it’s on the Nile River which feeds into neighboring Sudan and Egypt.

Egypt characterizes the dam as an existential threat to its water supply, he added.

The Hindu Kush and Himalayan glaciers are quickly melting and can undermine the water supply for 2 billion people living across central South Asia, he said, citing another example.

“It is certainly not inconceivable that issues like water scarcity could drive a conflict involving three nuclear armed states: Pakistan, India and China,” he said.

Of note, 12 of the 17 most water-stressed countries in the world are in the U.S. Centcom region, McKenzie noted.

“Many of us take for granted access to basic services such as water, sanitation and electricity,” he said. “That’s not so in much of the world where a lack of access to these services often gives rise to the underlying frustrations that fuel local instability, [weaken] governance structures, and also embolden extremist groups that exploit community grievances.”

China, which still relies on the Persian Gulf for half of its energy supplies, is eager to supplant the United States as the preferred partner in the region, and is actively making inroads there, he said.

China’s principal mechanism for doing so is its Belt and Road Initiative, which offers nations the promise of a quick and easy infrastructure development at the cost of long term debt, disregard for sustainability and eventual entanglement, he said.

“China’s interest in the Middle East and North Africa extend well beyond oil. Straddling the world’s major shipping routes, the region will remain key terrain in a geostrategic sense, long after we’ve completed the transition to renewable sources of energy. As such, it is one of the principal arenas for strategic competition between two systems with very different values when it comes to fair play and the international system of states and indeed basic human rights,” McKenzie said.

McKenzie also mentioned other threats to the region, including:

Solutions
Dealing with all of these problems will require a whole-of-government and whole-of-society approach, he said.

“When a country is stable politically and economically, it is less likely to exhibit violence,” he noted.