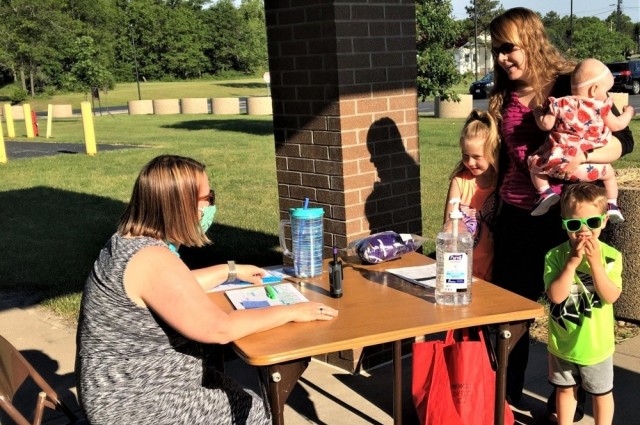 JULY 22, 2020 – The Army’s new Quality of Life Task Force has reached full operational capability, the service announced Thursday, as it continues to tackle six priorities to improve conditions for Soldiers and their families.

To address one of those priorities, increasing access to childcare, the Army will open 10 new child development centers by fiscal year 2025, said Lt. Gen. Jason Evans, the Army’s G-9.

Evans and other Army leaders make up the task force, which was formally chartered in March to also improve housing, health care, spouse employment, permanent change-of-station moves, and upgrading the quality of living for Soldiers stationed in remote locations.

“We’re focused on making life better for Soldiers and families wherever the Army takes them,” Evans said during the task force’s first media event to discuss its ongoing efforts. “We still have more work to do.”

Through the help of the task force, child youth services have also provided incentives for care providers and added 100 more of them in the past year, Evans said.

Additionally the Army will expand the Army Fee Assistance program, which provides financial aid to military families to offset civilian child care costs when on-post child care is not available or suitable. The service has been testing a pilot program in Maryland and Virginia to increase the number of civilian child care providers by expediting the certification process.

Helen Roadarmel, program manager for the Army’s Child, Youth and School Services, said about 77% of the Army’s CDCs have reopened after being closed due to the COVID-19 virus.

Children of care providers and mission-essential workers will receive first priority for enrollment, followed by single and dual military parents, and service members with working spouses. During the pandemic, centers remained open on a limited basis with priority given to families of mission-essential personnel.

To address the service’s top quality-of-life priority, housing, the Army has hired an additional 114 workers who will provide quality assurance and help oversee privatized housing inspections.

“I can tell you that with great confidence that we, the Army, had a much better oversight and management of the product that the partners are providing to our Soldiers and their families,” said Greg Jackson, chief of the Army Housing Division. “At the installation level, the housing offices have been equipped and trained and are continuing to be trained on providing quality assurance.”

During PCS moves, Maj. Gen. Michel Russell, the assistant G-4, said the Army’s installation transportation offices track the health of contracted movers and whether Centers for Disease Control and Prevention guidelines are followed. The speed and efficiency of moves are monitored and appointments are tracked.

“Quality of life is something that can’t be done overnight and it certainly has been a challenge in 2020 because of COVID-19,” Evans said. “We’ve worked hard to continue to provide critical quality of life resources for Soldiers and families.”

Additionally more than 5% of all work orders will be randomly inspected. Jackson said home inspections will do more than a simple visual examination. A thorough evaluation of the functionality of home systems will be implemented including air conditioning, heating, and electrical.

Housing officers received special training on how to identify and locate different mold conditions and how to remove them, Jackson said. He added that Army housing has been working to solve any potential problems with homes before a resident moves in.

To further keep residents informed, a mobile application is being developed that allows barracks and housing tenants to track work orders and gain access to the fall 2019 housing survey results.

In February, the Defense Department released the Military Housing Privatization Initiative Tenant Bill of Rights to help residents identify their entitlements as well as standardize customer service at each duty station.

Army Materiel Command and Army Installation Management Command lead the effort to improve the quality of Army housing, along with representatives from the Army Staff and each of the service’s major commands.

If residents still have concerns, they can call a resident hotline as well as report problems through a Soldier’s chain of command.

Spousal employment
To help Army spouses find adequate employment, the 2020 National Defense Authorization Act increased the reimbursable amount for spouse relicensing costs to $1,000. However, spouses still face challenges when transitioning to another state during PCS moves. Spouses who received a professional license in one state often must re-license or earn another certification in the new state at a cost.

“What we need there is reciprocity,” Evans said. “And then all of the states to adapt that. We have the governors that have been engaged in this and to some degree, some of them have the laws implemented for state licensing and reciprocity, but it’s not across the board. So that is one thing we’d like to see happen.”

The Civilian Employment Assignment Tool has also expanded its reach to help spouses who are non-appropriated fund employees make a non-competitive transfer to other duty stations at the same pay grade and skill level.

The Army approved assignment incentive pay for Soldiers stationed at some locations in Alaska and is working to improve educational opportunities like advanced high school courses through virtual education at Fort Irwin, California, and Fort Polk, Louisiana, Evans said.

The use of telemedicine and virtual healthcare during the pandemic, particularly in primary care, has also helped assure that Soldiers continue to receive a high standard of treatment, Evans said. 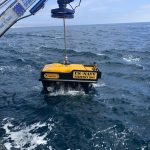