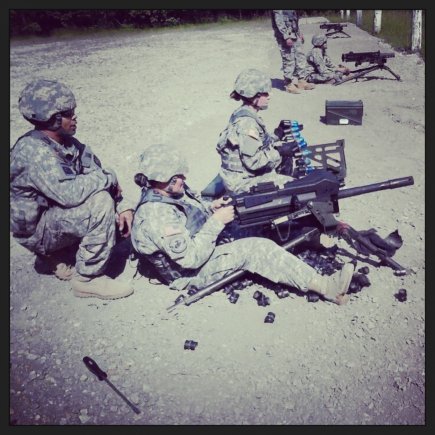 NOVEMBER 9, 2018 – November 11, formally celebrated as Armistice Day has been known as Veterans Day since 1954 when it was renamed.

Veterans Day marks the anniversary of the end of World War I in 1918 and honors those who served in the armed forces.

Even decades before the end of WWI, President Abraham Lincoln used part of his second inaugural address to call upon the American “to care for him who shall have borne the battle, and for his widow, and his orphan.”

To those who served, Veterans Day is more than just a holiday, for some, it is a time of reflection on their years of service.

“It’s not just about the free meals you get,” said Tammy Fowler, who retired from the North Carolina National Guard as a Staff Sergeant after 20 years of service. “It’s a time to reflect on my past years in the military.”

Fowler, who deployed to Iraq with the NCNG’s 694th Maintenance Co. in 2005, said there were good years and bad year, but she is proud of her service in the Guard.

“I wouldn’t change a thing about it,” she said. “I’ve met so many wonderful people who have become my best friends, my family. Obviously, I still want to be part of that community because I’m still here working and helping Soldiers.”

Fowler, a Regional Support Specialist with the NCNG’s Employment Center, works with other Veterans to help translate their military skills into civilian job opportunities.

“To retire and become a civilian and still be able to give back to a community that gave so much to me is a great feeling. It’s a passion of mine now to work with veterans and their families and just to help. I can’t imagine doing anything else with my life than working with those who served.”

By definition, a military veteran is a person who has served and is no longer serving in the armed forces and is commonly referring to those who have served in combat, but for those still serving, it can be more nuanced than a dictionary definition.

“In my opinion, a Veteran is someone who has served our nation and represents the less than one percent of the population who have chosen to put on a uniform to serve and protect,” said Capt. Sean Daily, who has been serving in the NCNG for almost 10 years. “It’s not just the front-line troops that are out there making it happen, it’s all the support troops behind them that also get the job done.”

Daily, a combat veteran himself deployed to the Middle East in 2015 with the 30th Armored Brigade Combat Team’s Military Engagement Team.
He said that in the past he has had to work on Veterans Day or just spent some time at home with his family, but this year he had other plans.

“Some of my friends that are also in the NCNG and I are going fishing for Veterans Day,” Daily said.

Daily also said he is looking forward to spending the day with people who have similar experiences and “drinking some cold beverages and telling war stories,” while spending some time in nature.