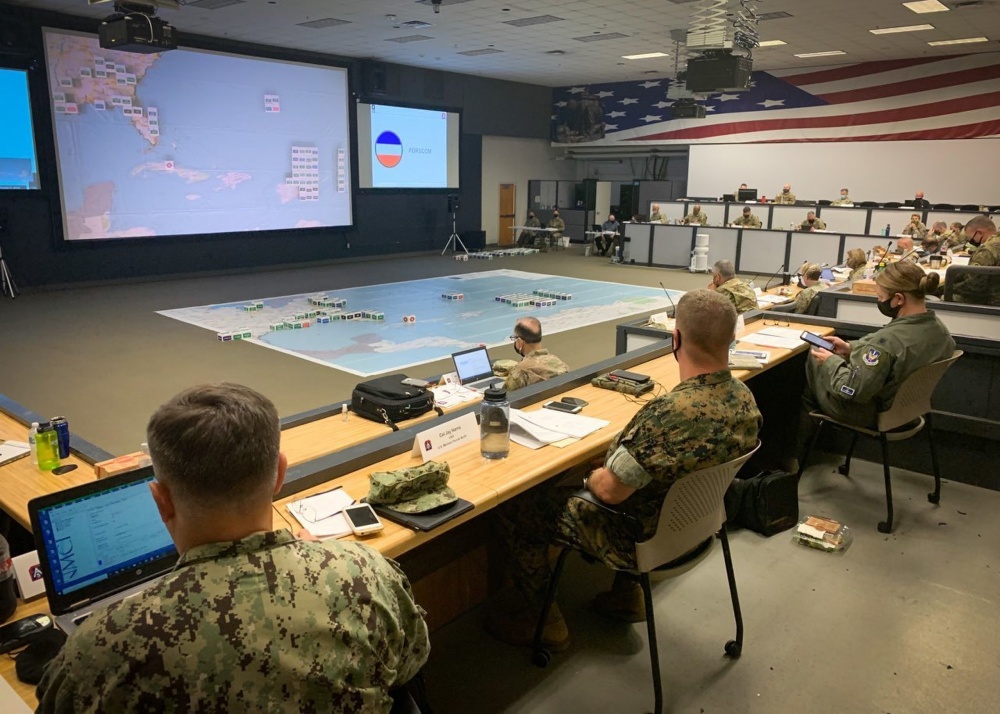 JULY 22, 2020 – U.S. Army North, federal, state, tribal and territorial partners are ready to respond as we near peak hurricane season for the Atlantic and Gulf of Mexico.

More than 250 leaders gathered both in-person and virtually for a Hurricane Rehearsal of Concept Drill, held at Fort Sam Houston, Texas, July 9.

“Our nation is still very much in the fight against COVID-19 and we have to build health and safety considerations into all of our hurricane response planning efforts,” said Lt. Gen. Richardson. “Having the ability to plan with all of our partners during the Hurricane ROC Drill helps us think through the types of support we may be asked to provide to states, territories and FEMA during a major hurricane response in a COVID-19 environment.”

Hurricanes are categorized from 1 to 5 with Category 5 hurricanes having winds that exceed 155 mph and the potential to cause catastrophic damage. The U.S. Army North ROC Drill focused on a Category 4 or 5 hurricane scenario with multiple landfalls in Puerto Rico, the Virgin Islands, and Florida.

In addition to providing time for hurricane season planning, the day-long event, also gave senior leaders the chance to meet each other in-person and via videoconference before a major hurricane threatens America’s Atlantic and gulf coasts.

“We all need to think quickly and react fast when it comes to crisis planning and response,” said Lt. Gen. Richardson. “These types of training and exercise events help ensure that all of us – military, federal, state, local, tribal and territorial partners – will be ready to rapidly deploy and seamlessly work together to help communities in need during a hurricane and amidst a pandemic.”