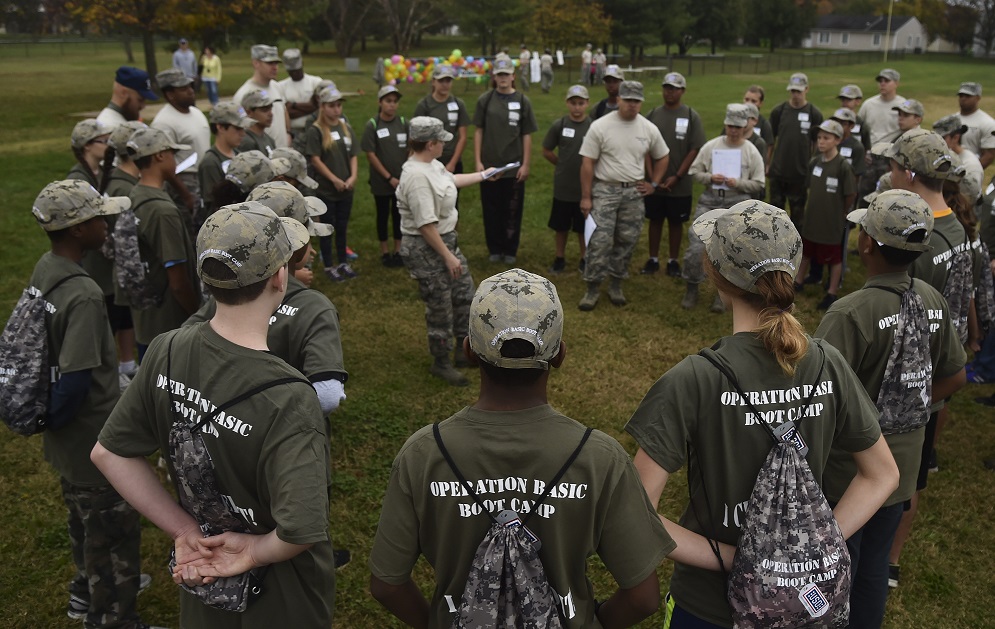 OCTOBER 20, 2020 – The Vice Chief of Space Operations Gen. David D. “DT” Thompson will swear in the first four Space Force recruits here Oct. 20, placing them on a direct path to Basic Military Training and marking another milestone in the new service’s growth and development.

The ceremony at the Military Entrance Processing Station – Baltimore will be followed hours later by a similar ceremony at MEPS-Denver, Colorado, for three additional Space Force recruits. All seven are bound for seven and a half weeks of basic training at Air Force BMT, which is located at Lackland Air Force Base, San Antonio, Texas.

While the number is modest, the actions are both meaningful and symbolic of the Space Force’s evolution since it was created Dec. 20, 2019, as the nation’s newest military branch.

“Today is an important milestone as we stand up the Space Force,” Thompson said. “Until now, we’ve been focused on building our initial ranks with transfers from the Air Force. With these new recruits, we begin to look to the future of our force by bringing in the right people directly to realize our aspirations of building a tech-savvy service that’s reflective of the nation we serve.”

Space Force bootcamp will capitalize on the existing foundation of Air Force BMT and will incorporate space-specific curriculum to create the Space Force experience.

“We’re excited to see this happen,” said Chief Master Sgt. Roger A. Towberman, senior enlisted advisor, U.S. Space Force. “The Air Force team at Basic Military Training has been outstanding and deserves most of the credit for making this happen quickly. To watch these first Space Force recruits take their oath for the first time is something I will never forget. They are the future, and it’s incredible to be in their service!”

Stephanie Miller, director of military accession policy, Office of the Deputy Assistant Secretary of Defense for Military Personnel Policy will join Thompson and Towberman, along with MEPS and Air Force Recruiting Service regional leaders, at the Baltimore event.

Space Force leadership has previously stated diversity among its ranks is one of its priorities in standing up the new service. Among the new recruits, there are two women and five men; two African Americans and five caucasians. The recruits hail from Colorado, Maryland and Virginia, and their ages range from 18-31.

The events in Maryland and Colorado offer a tangible, real-world example of the next phase of the Space Force’s development. After months of painstaking planning and important actions to establish policies, procedures and doctrine, the induction of the seven Space Professionals is evidence that the force is proceeding forward as senior leaders expected.

By the end of fiscal year 2021, the Space Force is expected to have about 6,500 active-duty Space Force members. The goal is to have about 2,500 members in space operations career fields in the service by the end of calendar year 2020. Beginning Dec. 1, active-duty senior enlisted Airmen in cyber, intelligence, acquisitions, and engineering career fields will begin transferring, with officers and other enlisted members in those career fields beginning transfers Feb. 1. From there, the size of the force is expected to grow consistently over time until it reaches 6,500.