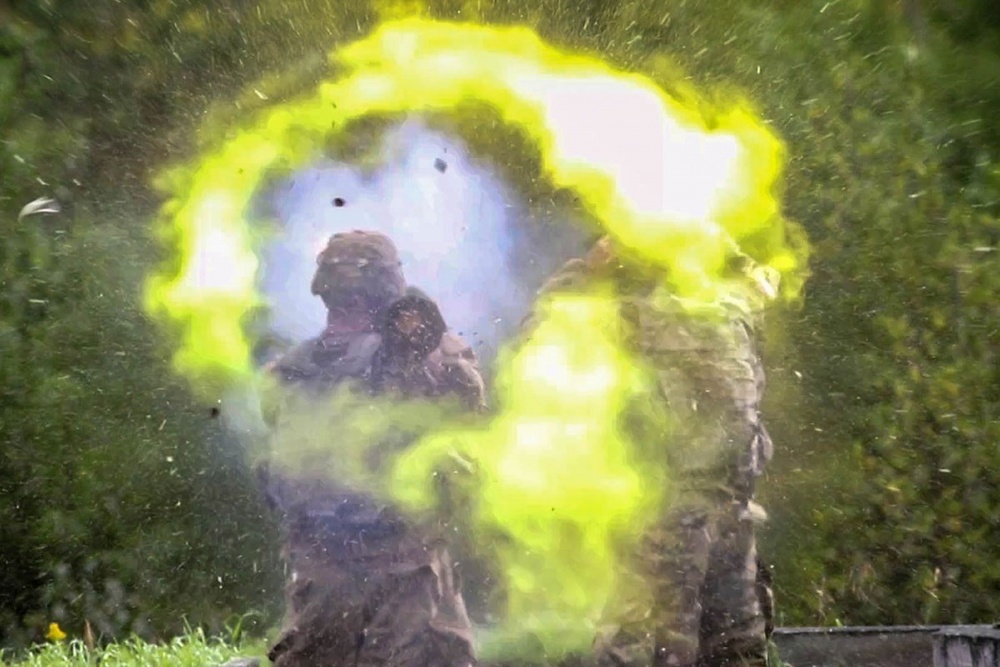 APRIL 15, 2020 – Navy SEALs (Sea, Air, Land) special operators epitomize strength, fitness and readiness. Their work is inherently dangerous, and the training to become a SEAL, and their subsequent mission-specific training is both mentally and physically challenging.

In a five-year study funded by the Defense Health Agency, a team headed by Dr. Michael J. Roy, MD, MPH, Professor of Medicine at the Uniformed Services University, and Director of Operational Research for USU’s Center for Neuroscience and Regenerative Medicine (CNRM), is taking a deep dive into one aspect of that training to determine if there are significant risks to the brain.

The Investigating Training Associated Blast Pathology, or INVICTA, study, led by Roy, examines the impact of heavy weapons training on SEALs to determine if there are significant risks to the brain inherent in their exposure to repetitive blasts. Specifically, Roy and his team are looking at sub-concussive brain injury that may result from the blast overpressure resulting from the firing of weapons such as the Carl Gustav recoilless rifle.

INVICTA will study participants over an 3-18-month period to measure the acute and chronic effects of firing heavy weapons starting from the moment of blast. Using sophisticated techniques and special blast gauge sensors, the INVICTA study looks both at service members and their training instructors, monitoring them at specific interludes to determine immediate aftermath effects, as well as the effects of long-term exposure on the brain for those instructors who administer six heavy weapons courses a year. These measurements will tell the research team what SEALs are exposed to during training, and how long it takes before their brain health returns to normal.

“There are sub-concussive exposures where one doesn’t actually have a concussion,” says Roy, “but there are multiple impacts that can occur from blasts as they fire multiple heavy weapons during training.”

SEAL training is conducted in pairs with the two SEALs in close proximity to their instructor, resulting in three service members being in the immediate vicinity of the blast pressure created by firing each heavy weapon.

“The two SEALs are going out there doing it together and take turns firing. They’re both exposed, as is the instructor, to two different blast pressures in each firing exercise. While they’re out in training they fire multiple weapons, multiple times, day and night,” says Roy. “If one is firing multiple weapons over time as part of training exercises, how does that impact memory, attention span, reaction time, neuroimaging? And how does it affect things like hearing, gait, balance, and ocular motor function?”

Roy hopes that by documenting the nature of the impact and the associated factors, the long-term brain health of those special operations service members can be preserved.

OCTOBER 1, 2022 – The Department of the Air Force has updated a policy to allow women, both enlisted and civilian, to apply and compete for an Officer Training School commission while pregnant. Under the new guidance reflected in DAF Manual 36-2032, Military Recruiting and Accessions, pregnant Airmen, Guardians and civilians can now apply for […]