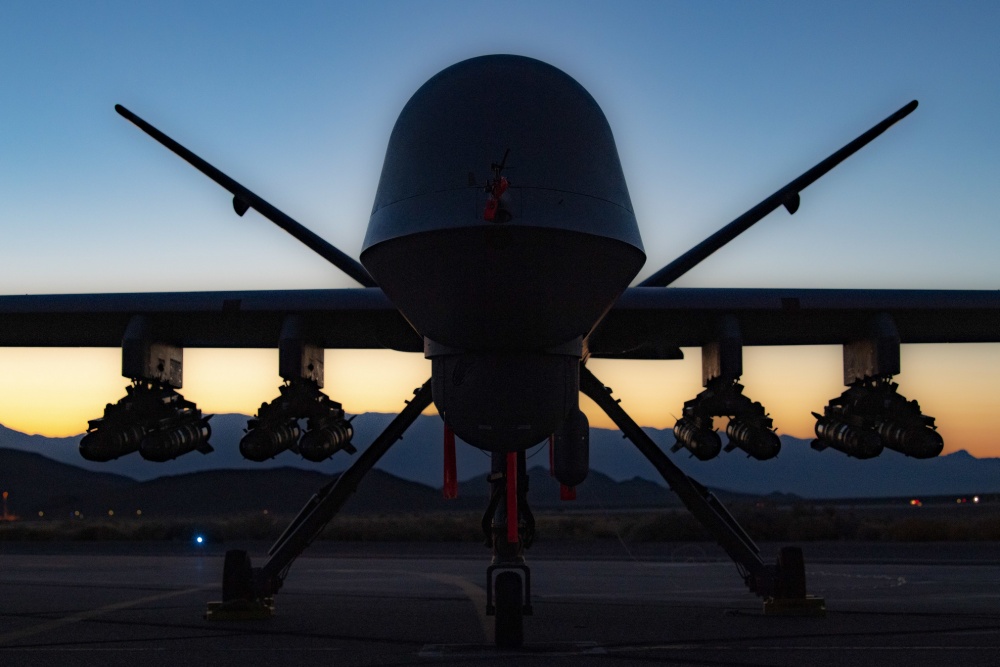 This new capability is part of the MQ-9 Operational Flight Program 2409, a software upgrade set to field by the end of calendar year 2020. Previous to this software, the Reaper was limited to four AGM-114s across two stations. The new software allows flexibility to load the Hellfire on stations that previously were reserved for 500 lb. class bombs or fuel tanks.

“The hardware/launcher is the same that we use on the outboard stations,” said Master Sgt. Melvin French, Test System Configuration Manager. “Aside from the extra hardware required to be on-hand, no other changes are required to support this new capability and added lethality. The Reaper retains its flexibility to fly 500 lb. bombs on any of these stations, instead of the AGM 114s, when mission requirements dictate.”

The new capability stems from a combined requirements process between Air Combat Command and Air Force Special Operations Command that sets the scope for each MQ-9 OFP update.

“History has proven the MQ-9’s ability to provide aerial continuity and attack support for air and ground forces during counter-insurgency and Close Air Support,” said Lt. Col. Michael Chmielewski, commander, 556th Test and Evaluation Squadron. “Doubling the firepower of this high-endurance aircraft with Hellfires improves the lethality and agility of the MQ-9 over many combat roles, with an arsenal of highly versatile, accurate, and collateral-friendly weapons for all Combatant Commanders.”

In future conflicts, MQ-9 aircrew will be required to dynamically target priority targets and defend isolated personnel, explained Chmielewski. These missions require accelerated kill chains to engage priority targets, some with fleeting engagement opportunities, and to neutralize hostile threats immediately. Added firepower increases the persistent attack ability of the MQ-9 to respond immediately across its long mission times, where it previously may have exhausted its weapons inventory and had to slow the kill chain to coordinate for additional kinetic support to engage a priority target.

“The 556th Test and Evaluation Squadron continues to break barriers to maximize MQ-9 relevance across the spectrum of conflict to develop capabilities for today and tomorrow’s warfighter,” said Chmielewski. “This team never fails to impress me. OFP tests are very rigorous and require a squadron wide effort. Pair that effort with the fast-paced aspect of this OFP cycle, the Advanced Battle Management System demonstration, restrictions from COVID-19, and the unique approaches to overcome these challenges to deliver the tactical advantage to the warfighter without delay are proven impressive.”

“Doubling the Hellfire capacity increases the MQ-9 flexibility, responsiveness, and lethality,” said Capt. Arthur James, lead MQ-9 OT&E Project Manager for this test. “While this capability is just one of the various upgrades to OFP 2409, it is one that benefits the MQ-9 across current and future AORs in which we are expected to fight.”

For more information, contact 1st Lt Savanah Bray, Public Affairs Advisor for the 53rd Wing at 850-598-3283 or savanah.bray@us.af.mil. Please note, more information on OFP 2409 will be released at a later date.