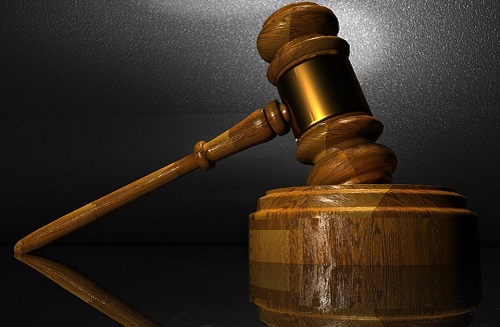 June 2, 2016, by Jerry Nelson – Isabella Ortiz’s mom was given a medication she was allergic to. Isabella was still in the womb and was injured as a result of the medicine. Now, the family is requested the U.S. Supreme Court (SCOTUS) to hear its case. If SCOTUS agrees, it would be the latest challenge to the 65-year old Feres doctrine that forbids troops from suing the government for medical malpractice.

Jorge Ortiz was thinking of his daughter’s future when he filed a medical malpractice suit over the child’s botched birth.

When the case was thrown out by a lower court, pointing to the Feres doctrine, Ortiz petitioned SCOTUS as he hoped to change the law. Under the Feres doctrine, a child cannot be awarded a settlement for a birth injury solely because the mother is an active-duty member of the armed forces.

“We’ve gotten to a point where people can see how unfair this is for the children of military families,” Ortiz said in a telephone interview.

While Ms. Ortiz was being prepped for a Cesarean section, she was given medicine to which she had a known allergy — and was noted in her medical records. As she was given an antihistamine to stop the resulting allergic reaction, her blood pressure collapsed, and Isabella was deprived of oxygen.

The child suffered brain and nerve damage that requires she get therapy each week, and she has to wear leg braces.

The Feres opinion stems from a 1950 case, Feres v United States where SCOTUS ruled that active-duty military personnel is not protected by the Federal Tort Claims Act, which permits people wronged by government employees from suing.

It is a controversial provision and has caused complaints from patient advocacy groups as well as service groups.

For its part, SCOTUS has refused to hear petitions against Feres.The most recent attempt was in 2011 when a Marine whose surgery for an appendectomy went wrong leaving him in a vegetative state and eventual death.

To date, ten groups have filed briefs supporting the Ortizes and pushing SCOTUS to reconsider the case. The groups include the American Legion, the National Organization for Women, several veterans law clinics and law schools

Ortiz says he knows the odds are small that the justices will accept his daughter’s case, yet he remains optimistic. SCOTUS receives over 10,000 petitions each year and only hears about 80.

“I believe the Court will view this and understand that Feres is not just connected to military members, but family members as well,” Ortiz said. “There must to be transparency.”

Author Bio: Jerry Nelson, a Vietnam Veteran, is an American writer and photojournalist and  is always interested in discussing future work opportunities. Email him at jandrewnelson2@gmail.com and join the million-or-so who follow him on Twitter @Journey_America.