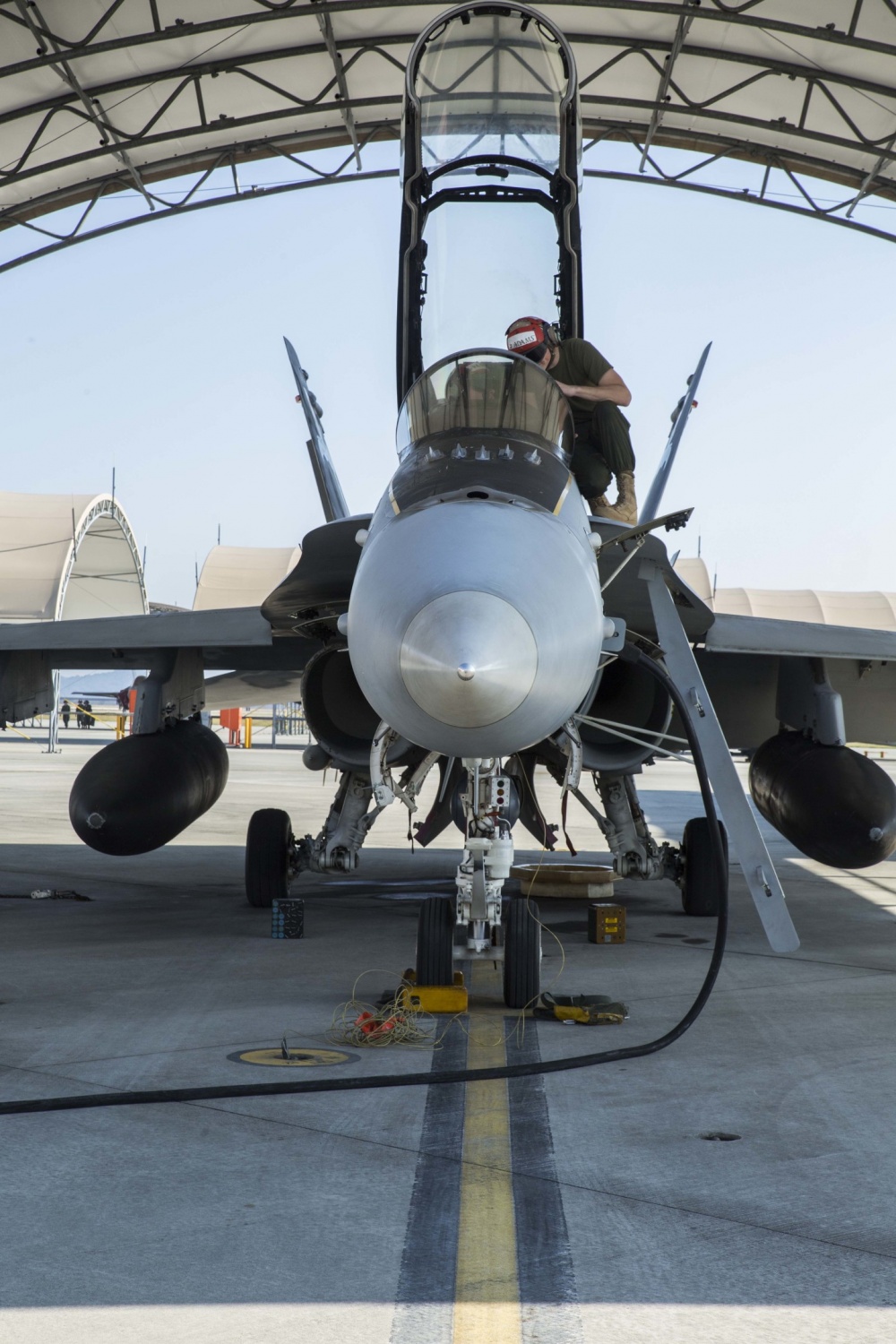 Aviation ordnance technicians, or maintainers, work under the roaring engines of aircraft as pilots land and take off along Marine Corps Air Station Iwakuni, Japan’s, runway. Their job is to ensure the functionality of the F/A-18D and the well-being of their pilots.

“We do more than maintain the jets,” said U.S. Marine Corps Sgt. Alan Cecenas, a fixed-wing aircraft mechanic with VMFA(AW)-242. “We launch them out and recover them. We are in charge of the safety of the aircraft and the pilots.”

It’s a maintainer’s job to think outside of the box and figure out how to fix any issues that may occur with the aircraft while in flight.

“These are older jets,” said Cecenas. “They come back with different issues so our job as maintainers is to troubleshoot what’s wrong with it. Sometimes we have to brainstorm new ideas to fix new issues.”

Maintainers have to stay on their toes because they are limited to a short window of time to get their job done.

“The most challenging part about my job is the pace,” said Cecenas. “We have to keep up with the fast pace in order to keep these jets mission capable. We have a short amount of time to figure out what’s wrong with the jet and fix it. You have to focus because if you skip a step it could really put someone in danger.”

Pilots rely on maintainers to stay mission ready because they are the reason the aircraft stays airborne.

“This fighter jet can’t do anything without (maintainers),” said U.S. Marine Corps Master Sgt. Brian Walker, the aviation technician chief with VMFA(AW)-242. “We are the reason it can take off and can fight the enemy. It’s solely because of aviation ordnance.”

Walker also said they can’t afford to make mistakes. Pilots need to be able to trust their maintainers because their lives could potentially be in those Marines’ hands.