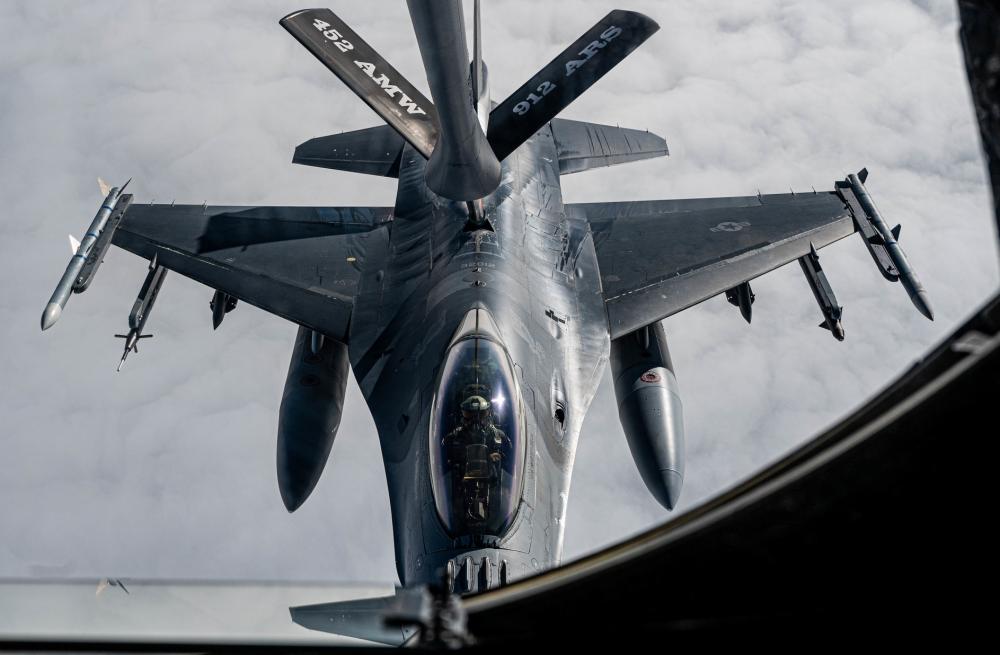 How are fighter jets able to stay in the air for prolonged periods? It’s in large part because of the KC-135 Stratotanker, which acts as a gas station in the sky, allowing jets to refuel midflight without the need to touch back down.

The refueling capabilities of the KC-135 aren’t limited to U.S. Air Force aircraft alone. Attachments can be configured to the KC-135, which allows refueling for fueling support of aircraft across multiple U.S. military branches along with several aircraft flown by our coalition partners.

According to Herman, one aerial refueling mission can see the KC-135 offload over 87,000 pounds of fuel to an array of aircraft.

“The KC-135 tanker supports global air superiority by facilitating global reach,” said U.S. Air Force Staff Sgt. Ryan Hortman, 912th ARS in-flight refueling specialist. “Without the tanker, many other aircraft, such as our fighter aircraft, would not be able to have the reach that they do now, and fighters would be limited to a few hours or a few hundred miles in the air.”

By allowing jets to refuel mid-air, the KC-135 helps to expand the air space possibilities for U.S. Air Force aircraft to cover.

“We can bring the fight wherever we need to go across the globe at any given time,” Herman stated. “Air superiority is our thing, so for the fighters out there, this is how we keep the air domain in our control.”

Thanks to the capabilities of the KC-135, the aerial capabilities of U.S. Air Force aircraft are enhanced, helping to control the skies and provide air dominance worldwide at a moment’s notice.