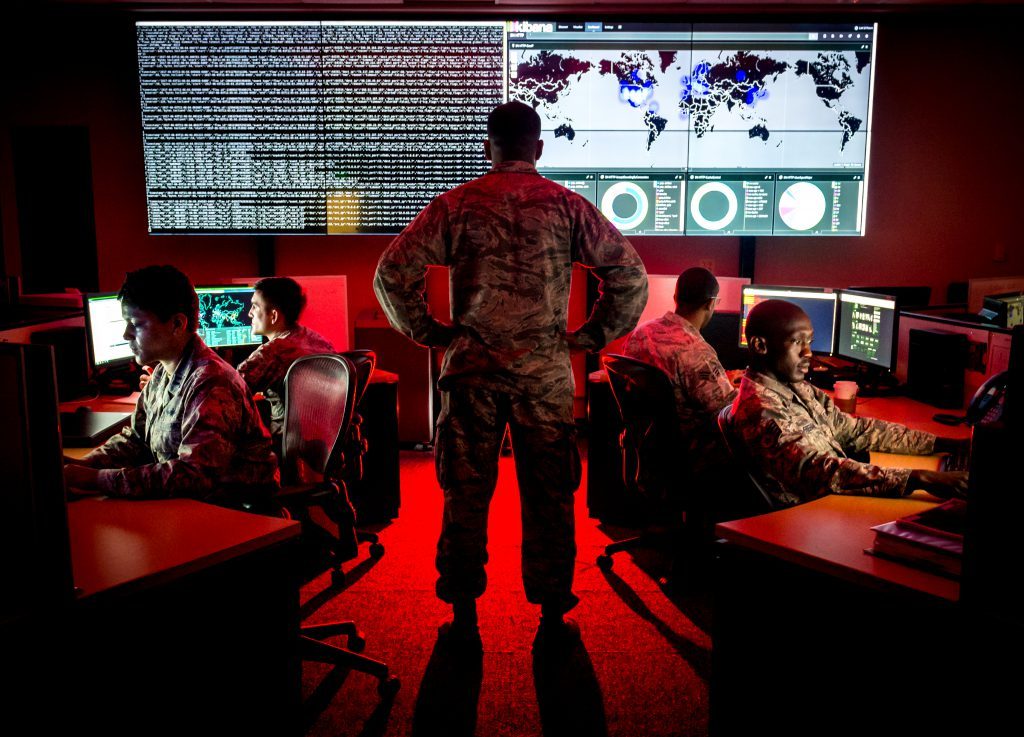 The secretary also said the U.S. military must address space as a developing warfighting domain that may lead to creation of a new combatant command.

The Russian government was responsible for the attacks on the U.S. election process in 2016, Mattis told reporters. “We all saw what happened in 2016 when the Russians – and possibly others, but the Russians for certain – tried to do both influence operations and actually get in to try to corrupt some of the process,” he said.

Engaged and Supporting
DoD agencies know what to look for, and they are engaged is supporting Homeland Security and state and local election officials to protect the integrity of the midterm elections, the secretary said, but he would not get more specific about what U.S. Cyber Command and the National Security Agency are doing.

Mattis emphasized that DoD is not focused on one country, but on protecting the election process itself. DoD is guarding against influence operations and on attempts to corrupt the process, he said.

The secretary said he is in favor of establishing a combatant command covering space and that a process is in progress.

DoD is “in complete alignment” with President Donald J. Trump’s concern about protecting America’s assets and interests in space, Mattis said. “We are going to have to address it as other countries show the capabilities to attack those assets,” he added.

Mattis said Vice President Mike Pence is the “point man” on space and that DoD is working closely with him and with the relevant committees on Capitol Hill. “We are still putting it together,” he said. “We’ll get it right. We’ll work it though the Congress. We have the direction from the president, and we are underway.”