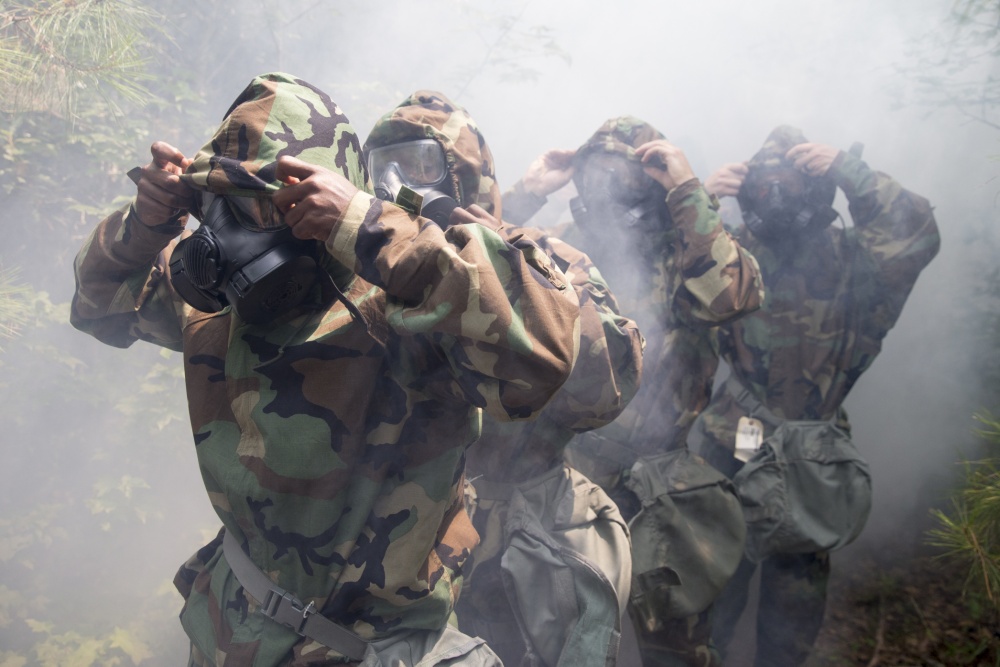 Bad bacteria can survive in extremely hostile environments — including inside the highly acidic human stomach—thanks to their ability to sequester toxins into tiny compartments.

In a new study, published in ACS Central Science, Northwestern University researchers controlled protein assembly and built these micro-compartments into different shapes and sizes, including long tubes and polyhedrons. Because this work illuminates how biological units, such as viruses and organelles, develop, it also could inform new ways to design medicine, synthetic cells and nano-reactors that are essential for nanotechnology.

“These results are an exciting step forward in our ability to design complex protein-based compartments,” said Dr. Stephanie McElhinny, program manager at the U.S. Army Combat Capabilities Development Command, known as DEVCOM, Army Research Laboratory. “Being able to control the size and shape of these compartments could enable sophisticated bio-manufacturing schemes that are customized to support efficient production of complex molecules and multi-functional materials that could provide the future Army with enhanced uniforms, protective equipment and environmental sensors.”

Further down the road, these insights potentially could lead to new antibiotics that target micro-compartments of pathogens while sparing good bacteria.

“By carefully designing proteins to have specific mutations, we were able to control assembly of the proteins that form bacterial micro-compartments,” said Dr. Monica Olvera de la Cruz, professor of materials science and engineering and chemistry at Northwestern who led the theoretical computation. “We used this also to predict other possible formations that have not yet been observed in nature.”

Many cells use compartmentalization to ensure that various biochemical processes can occur simultaneously without interfering with one another. Made of proteins, these micro-compartments are a key to survival for a wide variety of bacterial species.

“Based on previous observations, we have known that the geometry of micro-compartments can be altered,” said Dr. Danielle Tullman-Ercek, associate professor of chemical and biological engineering at Northwestern who led the experimental work. “But our work provides the first clues into how to alter them to achieve specific shapes and sizes.”

To study these crucial compartments, the Northwestern team turned to Salmonella enterica, which rely on micro-compartments to break down the waste products of good bacteria in the gut. When the researchers genetically manipulated a protein isolated from Salmonella, they noticed the micro-compartments formed long tubes.

“We saw these weird, extended structures,” Tullman-Ercek said. “It looked like they used the varying building blocks to form different shapes with different properties.”

By coupling the mechanical properties of the compartment with the chemicals inside the compartment, Olvera de la Cruz and her team used theoretical computation to predict how different mutations led to different shapes and sizes. When six-sided proteins assembled together, they formed long tubes. When five-sided proteins assembled together, they formed soccer ball-shaped icosahedrons. The team also predicted that proteins could assemble into a triangular samosa shape, resembling the fried, South Asian snack.

Understanding this process could lead to bio-inspired building blocks for various engineering applications that require components of varying shapes and sizes.

“It’s like building with Legos,” Tullman-Ercek said. “It’s not desirable to use the same shape block over and over again; we need different shapes. Learning from bacteria can help us build new and better structures at this microscopic scale.”

In addition to the U.S. Army, the Department of Energy, the National Science Foundation and the Sherman Fairchild Foundation supported this research.