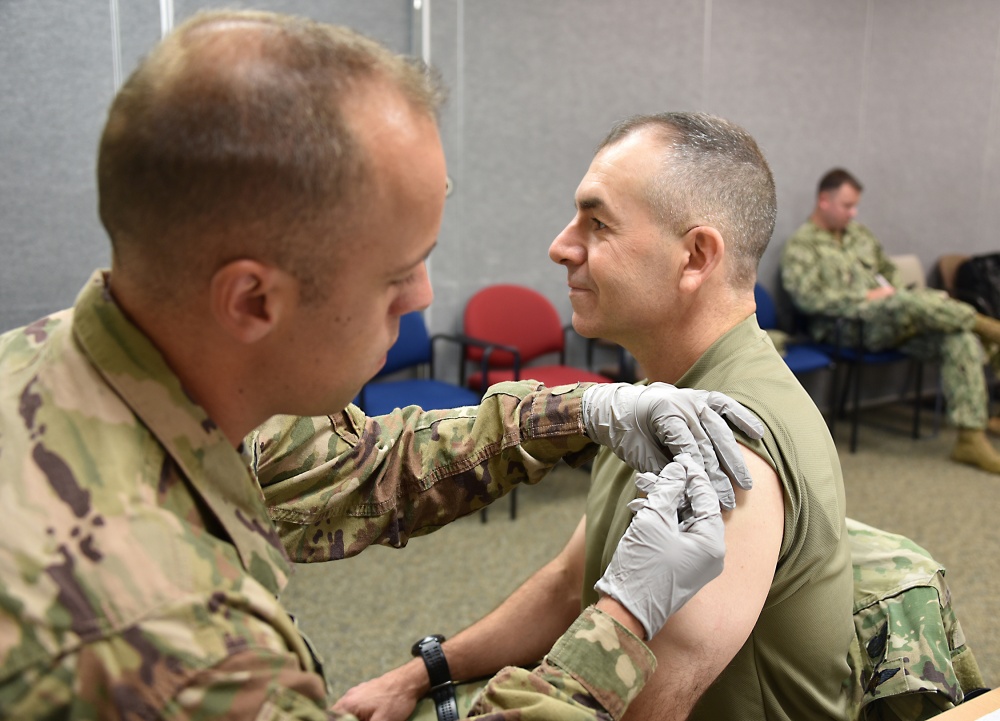 DOC officials said the first batch of vaccines shipped on Sept. 6, headed to active-duty troops, reserves, retirees and their family members, as well as National Guard units across the country.

“Anywhere an Army Soldier is, that’s where we will get them the flu vaccine,” said Lt. Col. Todd A. Reeder, DOC director.

The Army’s allotment accounts for the majority of the 3.3 million doses being distributed throughout the Department of Defense, which sets an annual goal of having at least 90% of all active-duty military members vaccinated by Jan. 15, 2020.

While the flu virus circulates year-round, activity typically begins to increase in October and spikes between December and February, even though seasonal activity can last until May, according to the Centers for Disease Control and Prevention (CDC).

That was the case last flu season, which lasted 21 weeks. It was the longest flu season in the U.S. over the past decade.

The CDC estimates that, on average, between 5% and 20% of people in the U.S. are affected by the flu each season, with children and the elderly more susceptible.

Now 10 years since the H1N1 flu pandemic of 2009, the flu remains as a very real threat to military readiness. Reeder said it’s not something the Army takes lightly.

“You could potentially take out a whole unit, making that unit ineffective or non-deployable if the flu virus is introduced into that unit,” he said. “This is why the Army stresses that each Soldier get vaccinated annually with the flu vaccine in order to maintain unit and Soldier readiness.”

To prepare, the DOC within USAMMA – a direct-reporting unit to the new Army Medical Logistics Command, headquartered at Fort Detrick in Frederick, Md. – works with the Defense Health Agency and the Defense Logistics Agency, which handles the yearly procurement and shipping for the DOD.

Liz Andrews, deputy director of the DOC, said planning is a year-round effort.

“There is no downtime, even though we only ship three months a year,” she said.

Not even before the current flu season ends, Andrews said a forecast for the next season and dosage requests are sent out to Army installations around the globe each January.

From there, the number of requested doses are submitted to the DHA, which then coordinates with the DLA to handle the contracting process, she said.

Reeder said the CDC works directly with the flu vaccine manufacturers to forecast the upcoming flu season in order to develop the specific vaccine each year.

Doses come in different forms to treat a wide range of people, from infants 6 months and older to those over 65 years of age.

The CDC recommends people get a yearly flu shot by the end of October. Kids from 6 months to 8 years may require two doses, given about a month apart.

According to the CDC, “Vaccination efforts should continue throughout the flu season because the duration of the influenza season varies, and influenza activity might not occur in certain communities until February or March.

“Although vaccination by the end of October is recommended, vaccine administered in December or later, even if influenza activity has already begun, might be beneficial in the majority of influenza seasons.”