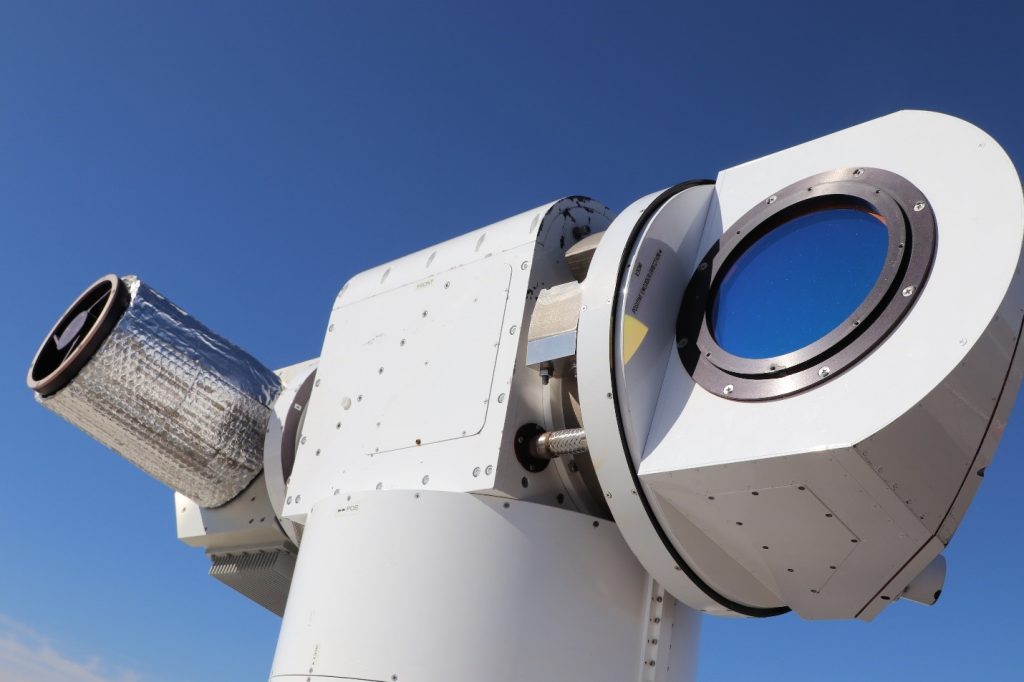 FEBRUARY 17, 2021 – Throughout 2020, the 704th Test Group’s Operating Location-AA, part of the Directed Energy Combined Test Force, or DE CTF, focused much of its effort on the testing of weapons designed to prevent adversarial drone observation and assault.

H2 was tested as part of a directed energy experiment that began in the spring of 2020 and was managed by the Strategic Development Planning & Experimentation, or SDPE, office. This experiment has involved taking commercial off-the-shelf systems and deploying them to several combatant commands, or COCOMs, for training, testing and evaluation for a one-year period.

“This experiment has many notable U.S. Air Force firsts, including the complete training of and operation of the system by Security Forces Airmen, the first directed energy c-UAS capability, and the first integration with a base,” said Lt. Col. Jared Rupp, DE CTF director. “Additionally, these locations were selected as to significantly enhance c-UAS capability through the use of these DEWs, helping to prevent enemy airborne intelligence, surveillance and reconnaissance (ISR), and attacks.”

Raytheon Intelligence & Space developed the H2 with lessons learned from the deployment of its first HELWS, referred to as H1 and deployed in early 2020. The H2 system features a number of improvements including ruggedized enhancements to ensure transportability and survivability in a wide range of operational environments, a new beam director for more accurate targeting, and a robust power system for additional magazine depth.

The DE CTF is uniquely postured to accelerate fledgling systems to the warfighters through its three members by leveraging decades of directed energy lab experience and resources; developmental test planning, execution and reporting; and operational insight and relevancy.

Since it was formed in 2018, the DE CTF has been engaged in multiple experiments and will lead the directed energy c-UAS prototype testing and other program of record efforts in the near future.

The first phase of H2 testing, which took place at the end of July 2020, was a limited weeklong test to ensure basic functionality and lethality and to determine whether the system was ready to enter the second phase of testing.

This second phase involved deployment to a COCOM base and included H2 setup, operator training and an initial performance assessment. The system and team, consisting of members from AFRL/RD, 704th Test Group, AFOTEC, SDPE and Raytheon, were overseas for this phase at the beginning of September 2020.

“The first phase proved that H2 was capable of integrating with a fielded radar and fielded command and control system, and it completed the kill chain by shooting down UASs at operationally-relevant ranges,” Rupp said. “It was then successfully deployed and integrated overseas.”

Because the HELWS systems represent a new class of weapons, there was not yet official training, concept of operations or tactics, techniques or procedures for the H2. Rupp said those involved in its testing developed guidance for utilization of the weapon.

“This experiment has gained knowledge to build a basis of integrating DEWs through U.S. Air Force operations,” Rupp said. “The DE CTF and SDPE created the training for the first-ever Security Forces operators to operate this highly-technical DEW. We educated base leadership of the capabilities and limitations of these weapons to enable them to make proper decisions, such as engagement authorities. We also assessed the performance of the system after overseas transport and setup and monitored the daily operation of the system to determine what factors impact operations the most and what parts of the system were most vulnerable to reliability problems.”

More work involving the H2 is upcoming for the DE CTF. Another assessment of the system will be conducted around six to 12 months after the initial assessment.

“At the end of the one-year evaluation period, the COCOMs decide whether they will take ownership of the sustainability of the system or whether they want us to take the system back,” Rupp said.

The experimentation campaign initiated this past spring is ongoing. Five DEWs were to be tested throughout the effort – three versions of the HELWS and two different high-power microwave systems. Four systems were tested in 2020, three of which have been deployed.