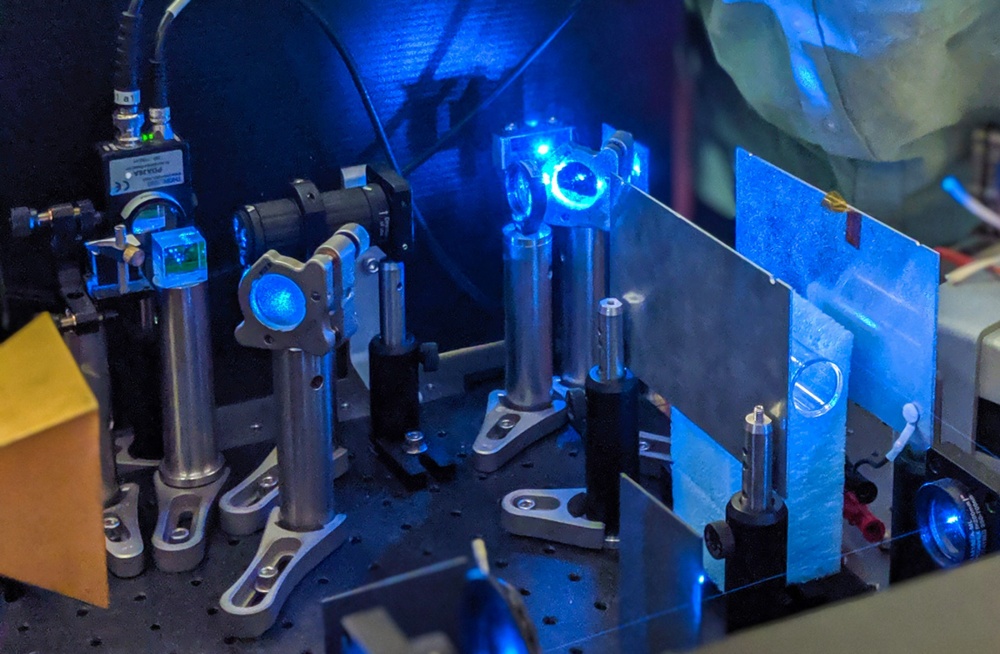 QIS is a rapidly advancing field that exploits the unique properties of microscopic quantum systems, such as single particles of light or individual atoms, to achieve powerful applications in communication, computing and sensing, which are either impossible or less efficient under conventional means.

“We wanted to apply machine learning to problems in QIS, as machine learning systems are capable of making predictions based on example data sets without explicit programming for the given task,” said Dr. Brian Kirby, a scientist at the Army’s corporate research laboratory. “Machine learning has excelled in recent years in fields such as computer vision, where a machine learning algorithm trained on large sets of pre-classified images can then correctly classify new images that it has never seen before.

For example, banks often employ machine learning systems to read the handwriting on checks, despite the program never having seen that particular handwriting before. This image classification is similar to reconstructing quantum states from measurement data, researchers said.

“In image recognition, the machine learning algorithms try to decide if something is a car or a bike,” said Tulane University researcher Dr. Sanjaya Lohani. “Machine learning systems can be just as effective at looking for particular features in measurement data that imply what sort of state it came from. In both cases, the input data can be considered as a two-dimensional array, and the ML system attempts to pick out particular features in the array.”

“This field often overlooks the classical information processing needed to operate quantum information systems,” said Tulane University Professor Ryan Glasser. “As research and capabilities are now maturing to the point that real-world implementations are within sight, these are the sorts of engineering problems that we need to solve.”

“Once we realized we could match the performance of existing systems in pristine simulations, we wanted to see if we could build in resilience to common errors by training the system to expect them,” said Tulane University researcher Onur Danaci.

To do this, the team simulated familiar sources of error in measurement, such as misaligned optical elements, and used these to train the machine learning system. The researchers further tested their system when measurements were not just noisy but completely missing. Notably, the team outperformed conventional state reconstruction methods in each situation while requiring fewer computational resources, Danaci said.

Because the team can front-load all its expensive computation into the training process, the actual reconstruction requires relatively modest resources.
The researchers hope to deploy these pre-trained, portable quantum systems on small field devices in the future, such as drones or vehicles, where space for hardware is limited, Kirby said.