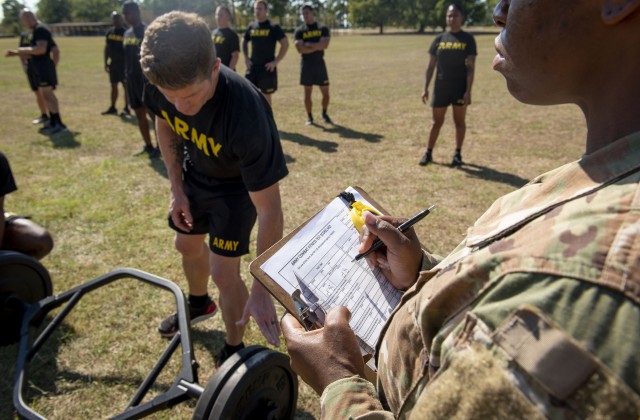 JANUARY 28, 2020 – The Army recently updated its physical readiness training — or PRT — mobile app to give Soldiers a leg up on the new Army Combat Fitness Test, as it continues to safeguard users’ personal information on the go.

The mobile app is the latest version of an earlier PRT app in place since 2014.

The focus of the update is to match the current physical training doctrine, Feltwell said. The modernized, officially branded Army app comes amidst the two-year ACFT pilot test, which is currently in its second phase of implementation.

THE ALL-NEW ARMY PRT APP
Approved by the Department of Defense, the revamped PRT app shows users doctrinal products validated by Army officials, designed to improve their physical performance and control any potential negative outcomes of physical training — such as injuries, Feltwell said.

“It delivers on all fronts of physical training,” Feltwell said. “It gives Soldiers information to implement a physical readiness training program regarding all ACFT events by scoring, executing, and helping administer the six events.”

The PRT exercises include walk-through videos — performed by Army drill sergeants — that will educate users on how to perform each movement correctly, he said.

“For example, if someone needs to work on their leg tucks — or, if they’ve never even done one — the app has specific programs available to help them score a hundred points on the event,” Feltwell said.

“There are potentially millions of different fitness solutions to accommodate the majority of Soldiers,” he added. “Whether they are doing well in terms of physical performance, or they’re beginners.”

Each exercise was handpicked and scientifically verified by CIMT professionals. The science behind the ACFT helps Soldiers avert musculoskeletal injuries, and stay combat ready.

In addition to training templates and instructions, the app is fitted to give users an opportunity to customize their exercises with minimal equipment, but, Feltwell said, the app is not meant to replace face-to-face coaching.

“Being in the presence of someone who’s an expert, and learning from them directly has a much greater impact on improving a Soldier’s fitness,” Feltwell said.

IMPORTANCE OF CYBER SECURITY
Combined with physical training, cyber security is another important argument for Soldiers to use the official Army PRT app.

These potential cyber threats are continuously faced by professionals at the Army University Mobile Division, the official office of Army mobile application development.

“The Mobile Division is the source of all electronic platforms in the Army. We make sure the applications are secure, the code cannot be hacked, and Soldiers data, whereabouts, and personal information are safe,” said Matt MacLaughlin, Directorate of Distributed Learning — Army University Mobile Division chief.

“Any mobile application using, accessing or creating Army data must be tested and approved before it will be permitted to operate on [the Department of Defense Information Network, or DoDIN-A],” MacLaughlin said.

At the Mobile Division, MacLaughlin and other professionals provide full-cycle capability on the requirements, development, testing, distribution, and sustainment of their products, including the updated Army PRT app.

Although cyber security has been a top priority, the updated PRT app comes after the Army banned TikTok, a popular video-sharing app owned by the Chinese, from government devices. This signaled increased concern about possible security risks related to mobile apps.

Since 2013, the MobDiv has worked alongside the Defense Information Systems Agency — or, DISA — to properly vet Army r apps, like the PRT app, through senior officials for approval and branding.

According to MacLaughlin, they have created more than 750 mobile apps and 23 mobile publications across the Defense Department.

“The Army recognizes the importance of creating a Physical Readiness Training app that gives Soldier’s another reference point to access anytime, anywhere. Soldiers are our greatest asset, and we at CIMT kept their safety and Operational Security as our highest priority in developing this application,” said Maj. Gen. Lonnie Hibbard, Commander of the US Army Center for Initial Military Training.

The Army PRT app is currently available on Google Play, the Apple App Store, and other app stores. Individuals are encouraged to search “Army PRT” and look for the official Army logo at the bottom right of the icon. 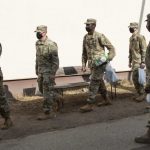