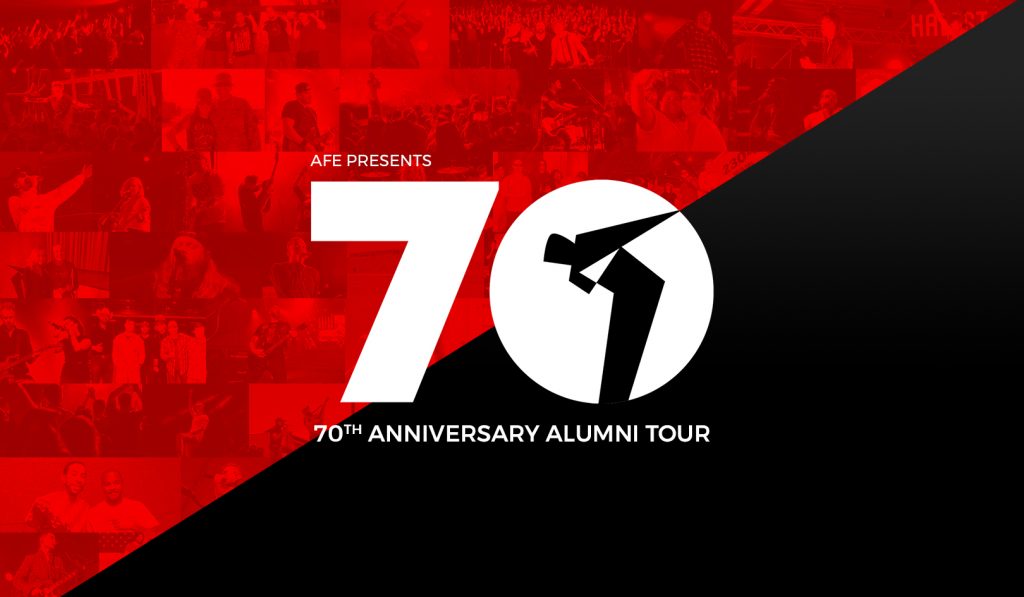 JANUARY 25, 2021 – On September 13, 1951, the Armed Forces Professional Entertainment branch was established as a division of the Department of the United States Army.

The Mission? Reaching military personnel and their families at military bases around the world with entertainment. Why? Help them have fun and relax with comedy, music, theater, dance, sports and magic. 70 years later, AFE’s Mission remains the same.

To help AFE celebrate before physical tours are back in full effect, tour alumni will kick off 2021 with a virtual concert series recorded exclusively for YouTube and Facebook Watch.

Be on the lookout as the following musicians debut intimate performances in the new series. Subscribe and click the “bell” to receive alerts and notifications for all AFE videos and shows:

About Armed Forces Entertainment
Armed Forces Entertainment provides the best performances for U.S. troops and family members stationed overseas. Over the last 60 years, AFE has served as the biggest morale booster for U.S. Troops… From the first muddy, make-shift stages where theatrical performers sang and danced for military personnel and their families to today’s showstoppers that reach military bases around the world, the Department of Defense has made entertainment a top priority.

During WWII, the USO started booking and providing live entertainment to military personnel as “Camp Shows.” The Armed Forces Professional Entertainment Office (AFPEO) was created to host these shows. By the end of the Vietnam War era, thousands of entertainers were sent to entertain U.S. military personnel, DoD, and Department of State Civilians.

The U.S. Air Force was assigned as Executive Agent for providing entertainment to troops serving overseas, creating the jointly-manned office: Armed Forces Entertainment (AFE). Between 2002 and 2010, AFE sent over one thousand tours and continues to develop campaigns such as Heat Wave, Pro Blitz, and more, with increasingly popular talent and returning guests.