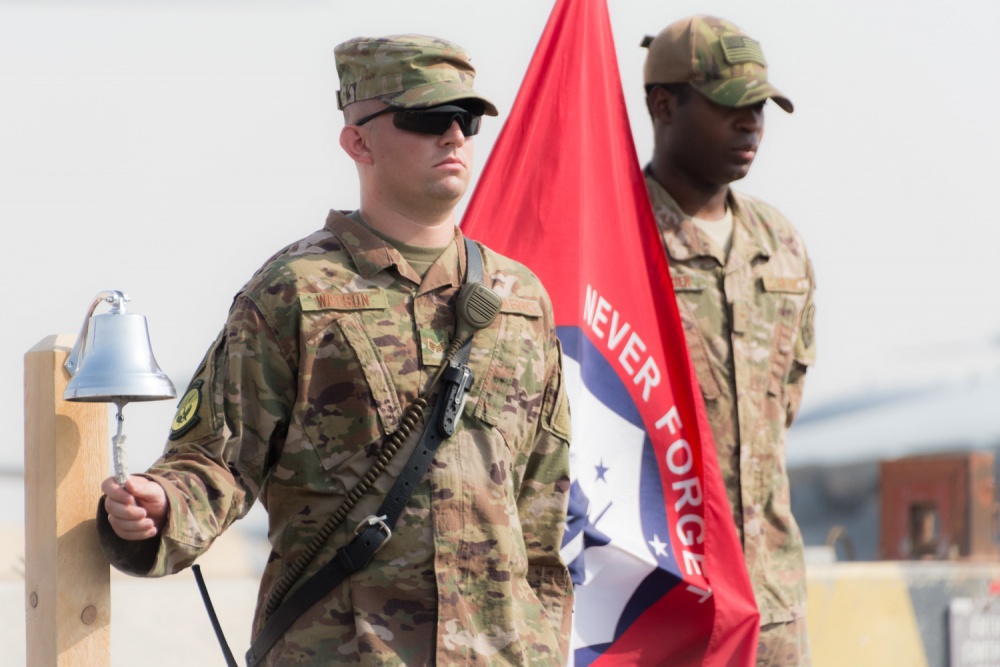 SEPTEMBER 11, 2018, Shaw Air Force Base, SC – Thousands of Americans stood helpless as they watched the streets of New York City fill with smoke and turn to chaos. Planes crashed into the twin towers, the pentagon and in Stony Creek Township, Pa. and 9/11 quickly became one of the worst terrorist attacks in U.S. history.

Although many of today’s Airmen were not in the military during this time, there are still some who were enlisted during this tragic time. Some even had family in New York at the time of the attack.

“Once the two planes hit, everything just started shutting down because no one knew what was going on and other planes started going down,” said Senior Master Sgt. Donald Pedro, 20th Logistics Readiness Squadron fuels flight superintendent. “Back then we didn’t have the social media we have today where you can mark yourself as ‘ok’ so in an instant people can keep track of their loved ones. My wife and I had family there during the attack and we just had to wait for things to calm down before we could reach them at all and make sure they were ok.”

Not only did this attack impact many Airmen’s lives personally, but also completely changed the trajectory of war as the post-Cold War era ended and the war on terrorism began.

“I really think this event changed the course of the Air Force,” said Senior Master Sgt. Brandy Hill, 20th FSS career assistance advisor. “Before we prepared for the post-Cold War, but it’s not like that now. Airmen join the military and they know without a doubt within the next couple of years they will be putting their feet in the sand. We are definitely more mission-oriented and readiness driven.”

We will never forget the tragedy that struck on 9/11. In remembrance of those who lost their lives, the National September 11 Memorial and Museum at ground zero was built on the site where the twin towers once stood. The U.S. built a new World Trade Center complex, to symbolize bouncing back, never backing down, and continuing to grow stronger as a nation.