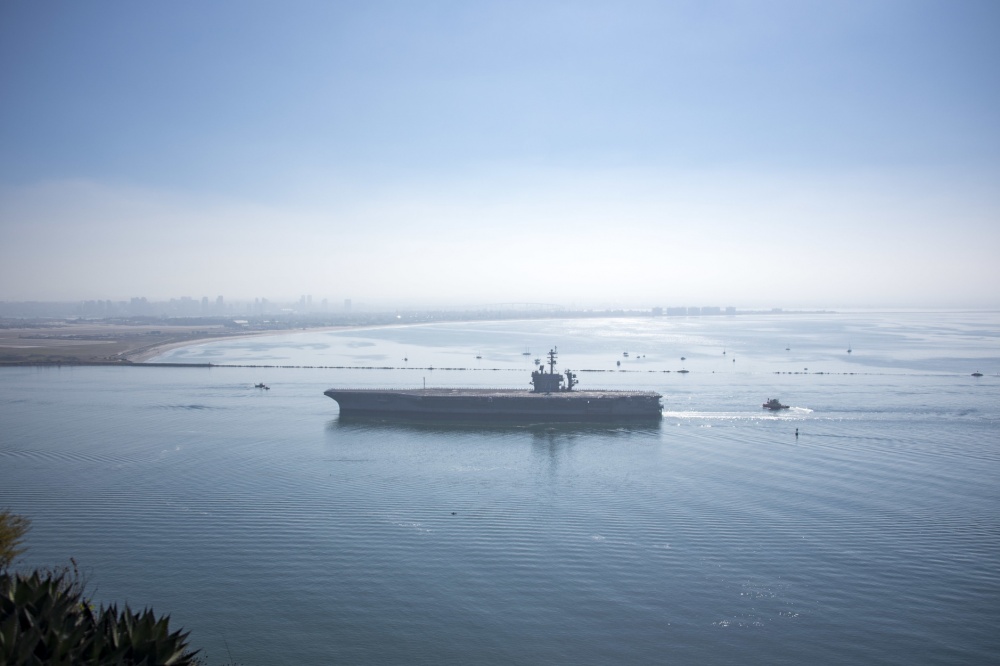 More than 6,000 Sailors from Theodore Roosevelt Strike Group and embarked Carrier Air Wing (CVW) 11 deployed Jan. 17 to conduct operations in the Indo-Pacific and maintain security and stability in the region.

“I am incredibly proud of the Theodore Roosevelt Strike Group and all they’ve accomplished over the deployment,” said Rear Adm. Doug Verissimo, commander Carrier Strike Group 9. “They operated in a variety of complex environments ranging from how to respond to an international pandemic to operating safely throughout the Indo-Pacific, including the South China Sea.”

Theodore Roosevelt made a historic port visit to Da Nang, Vietnam, only the second time a U.S. aircraft carrier has visited the country since the Vietnam War, to commemorate 25 years of U.S.-Vietnam diplomatic relations.

Theodore Roosevelt had an outbreak of coronavirus in early March and pulled into Guam ahead of a scheduled port visit. Theodore Roosevelt rapidly responded and strategically moved more than half of the crew off ship to quarantine at various locations on Guam, leaving enough Sailors aboard to stand critical watches and to clean and sanitize the ship. The crew members who met rigorous ‘operational units’ return to work criteria set forth by U.S. Pacific Fleet returned to the ship and were able to get underway and back to their mission June 4.

“The crew of TR persevered displaying uncommon fortitude and tenacity in the face of uncertainty to meet expectations in a crisis,” said Capt. Carlos Sardiello, commanding officer of Theodore Roosevelt. “This recovery of the ship and the crew on deployment is a testament to the professionalism of the young men and women of the TR who turned a potentially demoralizing downward spiral into a symbol of inspiration and hope against adversity.”

To ensure the success of the deployment extends beyond their return to homeport, Theodore Roosevelt conducted a variety of training classes promoting sound decisions and safety. The information provided in the classes helps individual Sailors and their families know what to expect after returning to homeport. Topics covered included drinking and driving, returning to children, traffic safety, motorcycle safety, car buying, and money management.