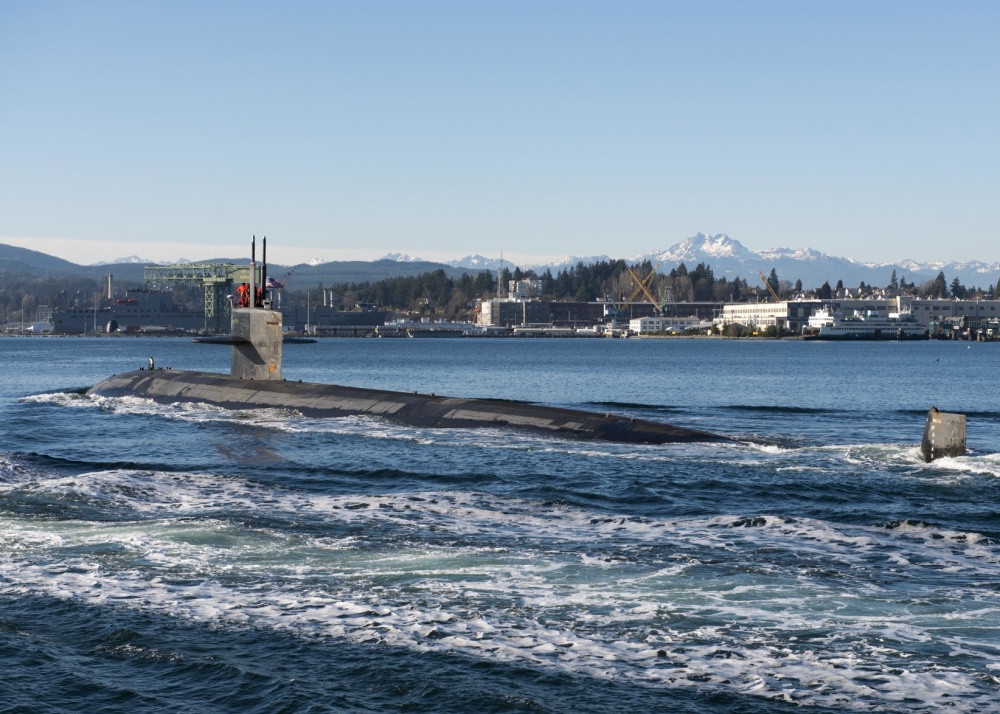 Under the command of Cmdr. Steven Faulk, Jacksonville departed Joint Base Pearl Harbor-Hickam in Pearl Harbor, Hawaii for a homeport change to Bremerton, Washington, Dec. 4, 2017. Jacksonville has been homeported in Hawaii since 2009.

“I want to welcome USS Jacksonville to the beautiful Pacific Northwest,” said Capt. Michael Lewis, commander, Submarine Squadron 19. “We look forward to working with her over the next several months as they prepare to decommission.”

The submarine’s ability to support a multitude of missions, including anti-submarine warfare, anti-surface ship warfare, strike warfare, surveillance and reconnaissance, made Jacksonville one of the most capable submarines in the world. The submarine is scheduled to be retired from the fleet in 2018.

During the inactivation process, Puget Sound Naval Shipyard and Intermediate Maintenance Facility will de-fuel the submarine, with the hull retained in safe storage until decommissioning.

Commissioned May 16, 1981, Jacksonville is named after the largest and most populous city in Florida, and is the first ship to bear the name. The boat’s mission is to seek out and destroy enemy ships and submarines and to protect U.S. national interests. At 360-feet-long and 6,900 tons, Jacksonville can be armed with sophisticated MK48 advanced capability torpedoes and Tomahawk cruise missiles.

For more news from the Pacific Submarine Force, visit www.csp.navy.mil.