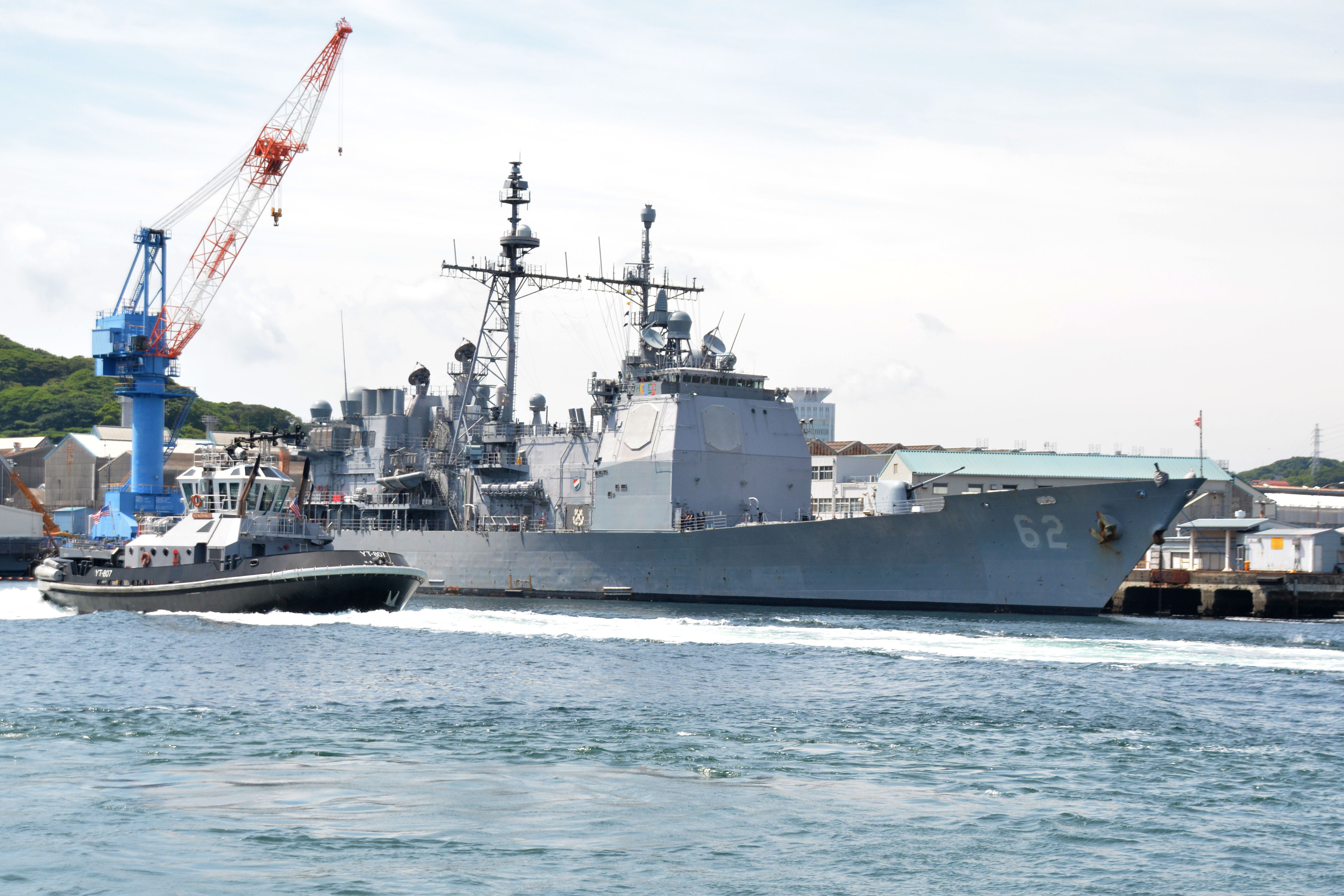 JUNE 13, 2016, WATERS OFF THE COAST OF JAPAN (NNS) – Ticonderoga-class guided-missile cruiser USS Chancellorsville (CG 62) was awarded the 2015 “Bloodhound” Award for the Pacific Fleet.

The Bloodhound award is presented annually to one Atlantic Fleet and one Pacific Fleet ship each year for exceptional performance in the area of anti-submarine warfare (ASW) proficiency, preparedness, and training. With a final score of 91 percent, Chancellorsville earned full certification in the ASW warfare area before her homeport shift from Naval Base San Diego to Fleet Activities Yokosuka, Japan in June 2015.

The criteria for winning this award spans the entire warfare area from the technical proficiency of Chancellorsville watchstanders to the readiness of equipment and operators throughout the ship.
As part of the USS Ronald Reagan Strike Group, Chancellorsville provided defense for the aircraft carrier, tracking submarines and surface vessels.

“It’s truly a privilege to work with the finest ASW team in the Pacific Fleet,” said Lt. j.g. Seth W. Simonds, ASW officer aboard Chancellorsville. “Chancellorsville is a great ship, but the award is really about the crew.”

“This award is a true testimony to the crew’s passion for ASW,” said Chief Sonar Technician (Surface) Steven Richardson. “They are being named the best in the fleet for a reason. Their performance when faced in challenging operational environments is phenomenal.”

Chancellorsville will receive an ASW Bloodhound pennant that will be flown from the ship’s mast until the next year’s winner is announced.

Chancellorsville is on patrol with Carrier Strike Group (CSG) 5 in the U.S. 7th Fleet area of responsibility supporting security and stability in the Indo-Asia-Pacific.