In December 1947, Maj. Bill Hendricks, United States Marine Corps Reserve, and a group of Marine reservists collected and distributed more than 5,000 toys to children in low income families throughout the city of Los Angeles, thus sparking the idea of the Toy for Tots program.

For more than six decades, the Toys for Tots program has given children hope … hope, and an opportunity to have a wonderful and memorable Christmas.

According to toyfortots.org, the idea for the program came from Hendricks’ wife, Diane. In the fall of 1947, Diane handcrafted a Raggedy Ann doll and requested that Hendricks drop it off at a local toy drive. Hendricks looked around town and realized there were no toy drives. So, Diane told him to start a toy drive for the parents that needed help stacking presents underneath their Christmas trees.

In 1948, the Marine Corps noticed the nationwide problem during the holiday season and created the program, creating donation points at every Marine Corps Reserve unit. Today, the Toys for Tots campaign is not only found at reserve sites, men and women, some veterans and some not, organize the popular campaign at Marine Corps League Detachments throughout the U.S. with permission of the Toys For Tots Foundation.

“A program like Toys for Tots is needed because it gives those children the chance to enjoy their Christmas, even in a time of hardship,” said Staff Sgt. Arturo Padilla, Marine and Family Services Department SNCOIC, and local Toys for Tots coordinator.

According to city-data.com, 11.8 percent of the community in Barstow, Calif., is unemployed. This percentage shows the importance of the Toys for Tots program and why the organization is still so significant to the Marine Corp. Toys for Tots also gives communities the chance to help out their fellow neighbors.

“The success of the program cannot be overlooked. The Marine Corps has collected and distributed more than 416 million toys and gifts nationwide,” said Padilla.

Like many successful programs that have stood the test of time, there are guidelines, regulations and a strict ‘checks and balance’ system.

First of all, donated toys must be new and in the original packaging. Also toys that blatantly advocate violence, like real guns, knives or other weapons, are discouraged, explained Padilla.

“The only way that we are successful is through community involvement,” said Gunnery Sgt. Steven Campbell, exchange chief, with Headquarters Battalion aboard Marine Corps Logistics Base Barstow. “I believe that it brings the community together, makes it one.”

Individuals who need help this Christmas, or know of a family who would benefit from being a Toys for Tots recipient, contact Gunnery Sgt. Steven Campbell at 760-577-6474. 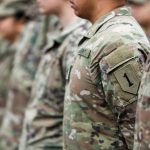