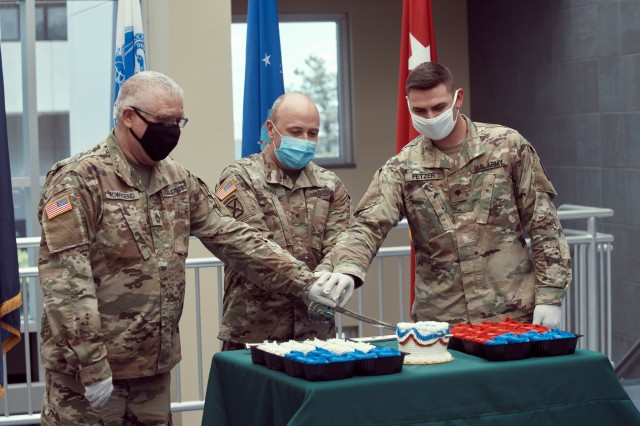 JUNE 14, 2020 – Today marks 245 years of the Army’s legacy of service to the nation. June 14 is also Flag Day and provides an opportunity to showcase patriotism and the shared Army values of love of country and oaths to defend the American way of life.

This year’s birthday theme, “America’s Army: When We are Needed, We are There,” provides an overarching framework to champion stories of bravery, patriotism, and legacy of service.

The Army, America’s first national institution, was established on June 14, 1775 – before the Declaration of Independence was signed, and before the Continental Congress approved the design for the first U.S. flag.

The U.S. Army Corps of Engineers, a major Army command, is made up of 800 military personnel and 34,000 civilian employees. It was established on June 16, 1775, and played a crucial role in the growth of a young republic by surveying canals and railroad routes, and serving as explorers and map makers. Today, we continue the tradition of providing vital engineering services, securing the nation, energizing the economy, and reducing risk from disaster. For a comprehensive history of the Corps, visit: https://www.usace.army.mil/About/History/Brief-History-of-the-Corps/