High year of tenure is the maximum number of years enlisted Airmen in each grade may remain on active duty. In 2003, HYT was adjusted upward to retain experienced Airmen for a longer period of time during a period of a robust economy and lower retention rates.

As a result, approximately 1,000 assignments have been cancelled for Airmen who no longer have the required service retainability for their overseas or overseas follow-on assignment. Action is now being taken to cancel the remaining assignments of those Airmen affected by the HYT changes.

“For Airmen whose overseas follow-on assignments have been cancelled, military personnel sections will email us with each affected member’s eight continental United States — CONUS — assignment preferences, and we will do all we can to assign them to a base on that list,” said Ron Gallucci, the AFPC assignment programs and procedures chief. “Air Force needs must come first, though.”

Assignment actions should be complete by mid-March, Gallucci said.

“Losing military personnel sections will contact affected members to determine if the cancelled assignment will result in a hardship for them,” he said. “If a hardship is confirmed, we’ll work with the member and the MPS to help resolve it.”

HYT is one of several force management programs the Air Force uses to size and shape the Air Force to meet current and future mission needs.

“Normalizing HYT helps develop and maintain the right balance of experience in the Air Force,” said Col. Jerry Couvillion, the AFPC personnel services directorate operations chief. “The future of the Air Force depends on balance in numbers, ranks, experience levels and career fields, so HYT is one way we can achieve that.” 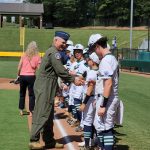