FORT MEADE, Md. (April 6, 2015) – Six more women have qualified to attend the first Army Ranger course to include women, bringing to 12, the number of female Soldiers eligible for the elite school.

The six women successfully finished the Ranger Training Assessment Course, or RTAC, March 19, along with 25 of the 85 men who began that two-week course.

The six women were among 34 female Soldiers who began that RTAC, March 6, on Fort Benning, Georgia, which hosts both the RTAC and the Ranger course.

Integrating women into the Ranger program comes as the Army opens jobs to women that were previously closed to them. The physically and mentally grueling, two-month Ranger School Assessment begins, April 20.

“This class reaffirmed that RTAC, just like Ranger School, is very tough,” said Maj. William Woodard Jr., A Company commander, Army National Guard Warrior Training Center on Fort Benning, which conducts the RTAC “The standards are the same during the gender-integrated RTAC iterations, and they won’t change.”

RTAC assesses the physical and mental abilities of the Ranger hopefuls through a series of rigorous tests of their mental and physical limits, including fitness challenges, navigating terrain, and carrying out infantry tactics. 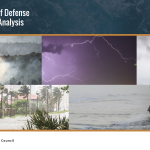