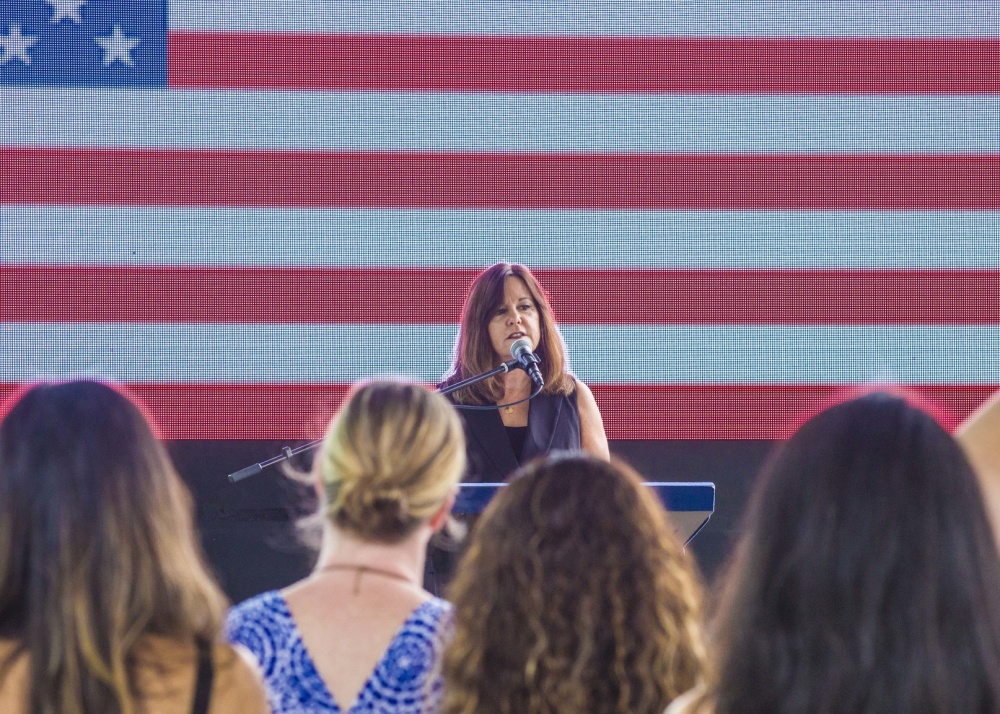 NOVEMBER 15, 2018, Singapore – The Second Lady of the United States Karen Pence hosted a special reception to recognize and meet with U.S. military spouses serving in Singapore at the Terror Club Nov. 14.

Mrs. Pence spoke about her new campaign to elevate issues important to military spouses and get them the support and services they require. Afterward, there was a meet and greet with all attendees.

“We want our military spouses to be fulfilled, to be happy, and to enjoy their careers and their time in the military as well. Military spouse employment is an important aspect of a strong and resilient military family.”

“If we have military spouses who are struggling at home with their loved ones deployed, it’s going to affect how much the service member can focus on their mission,” said Pence.

According to Pence’s campaign, employment issues are one of the biggest challenges military spouses face, especially for those serving outside of the continental United States. The 2018 National Defense Authorization Act requires the Department of Defense to implement a new policy to reimburse service members for relicensing and recertification costs incurred by their spouses when they have a permanent change in station.

Pence stated that the federal government is working hard to address specific spouse employment concerns. In May an executive order was signed to enhance opportunities for military spouses seeking employment by directing agencies to recommend new ways to improve license portability and remove barriers to the employment of military spouses. Additionally, Pence’s staff is currently working with American businesses to find ways to hire and keep military spouses employed when they move.

“I can say without a doubt that the strength of our country does not just come from the people in uniform who fight to protect our freedoms,” said Pence. “The spouses and the families who fight alongside make tremendous sacrifices to the greater benefit of our country.”