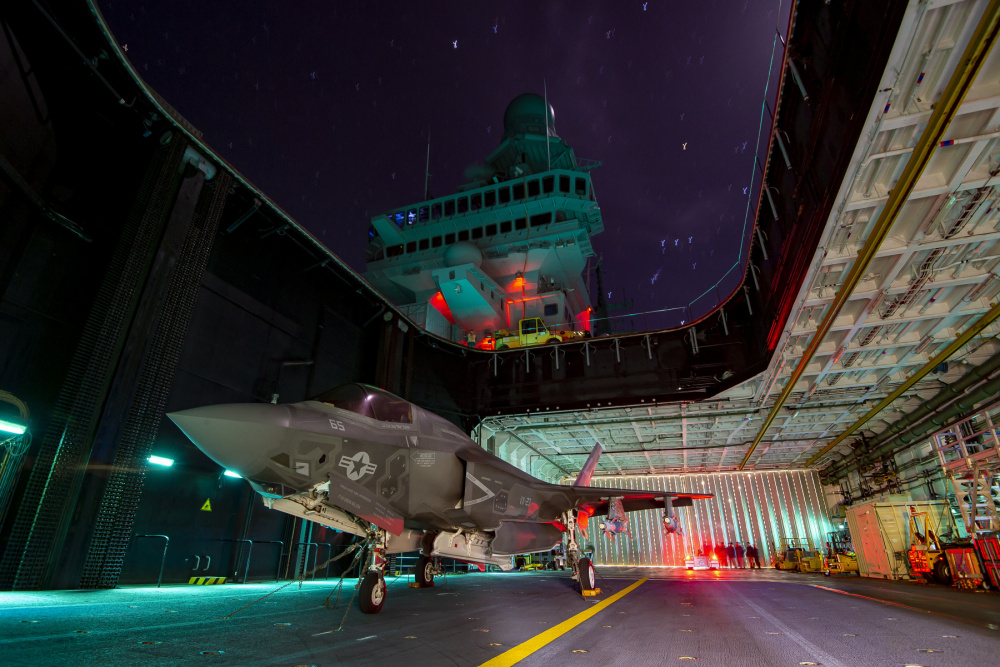 MARCH 29, 2021 – The F-35 Joint Program Office has delivered a flight clearance recommendation to the Italian Navy for the safe operation of fifth generation F-35B fighter aircraft on the upgraded Italian Navy flagship aircraft carrier ITS Cavour (CVH 550). To develop the recommendation, an embarked team from the F-35 Patuxent River Integrated Test Force (Pax River ITF) and the Cavour’s crew conducted five weeks of at-sea flight tests evaluating how the short takeoff and vertical landing (STOVL) variant of the Lightning II performed onboard and around the ship, and how well the F-35 air system is integrated with the carrier.

The Cavour Sea Trials comprised more than 115 ski jump short takeoffs and 120 vertical landings plus two vertical takeoffs. These activities were followed by countless hours of data analysis, which yielded information that tells U.S. Marine Corps (USMC) and the Italian Navy how to safely conduct F-35B flight operations on Cavour.

“The (shipboard operating bulletin) is done. We provided the data and recommendations for a limited envelope, or sail home envelope, that will allow U.S. Marine Corps and Italian F-35B pilots to fly training workups aboard the ship,” said Ron Hess, F-35 Pax River ITF Basing and Ship Suitability (BASS) team lead aboard Cavour.

Describing as “huge” what has been accomplished, Hess said that by April, flight clearance and airworthiness documents “should be in place” for a safe launch and recovery envelope. “They don’t have to wait weeks, months, and years” to have the capability to operate F-35Bs on the flight deck, Hess explained. The limited sail home envelope will be followed up with a full envelope recommendation once all Sea Trial test data has been evaluated.

“It’s amazing how ITS Cavour crew and the ITF team have reached, so rapidly, this level of synergy and integration with great professionalism and a strong common will to achieve the ambitious goal,” said Italian Navy Capt. Giancarlo Ciappina, commanding officer, ITS Cavour. “I am very grateful to each and every ITF team member as well as to each sailor of my crew for the great job done and for such tremendous achievement.

“In this sense, I am very proud for the success of ITS Cavour’s “Ready for Operations” campaign: our allies will soon perceive the Italian Navy and the Italian Armed Forces as a whole, as enhanced cooperative partners thanks to the strategic enabler that the fifth generation aircraft carrier capability would represent, in either specific maritime or wider joint operations,” Ciappina said.

For more information about the F-35 Lightning II, visit www.jsf.mil.