The Selective Reenlistment Bonus (SRB) provides incentives to Sailors with critical skills and experience to stay Navy. SRB rewards Sailors who attain special training in skills most needed in the fleet, and helps meet critical skill reenlistment benchmarks and enhance Navy’s ability to size, shape and stabilize manning. Award levels are adjusted as reenlistment requirements for specific ratings and skill sets are met.

The NAVADMIN is an update to the 76 skill/zone combinations detailed in NAVADMIN 273/12 released last September. Changes to September’s list in NAVADMIN 077/13 include reductions for eight skills, elimination of seven skills, addition of 18 skills, and increases to 42 award levels.

This SRB update message marks the first significant expansion in the number of eligible skills in recent years, according to Kurta.

Eligible Sailors desiring SRB reenlistment are encouraged to work with their command career counselors, command master chiefs, and chain of command to discuss timing of reenlistment and procedures well before their EAOS.

For more news from Chief of Naval Personnel, visit www.navy.mil/local/cnp/. 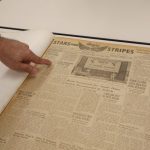