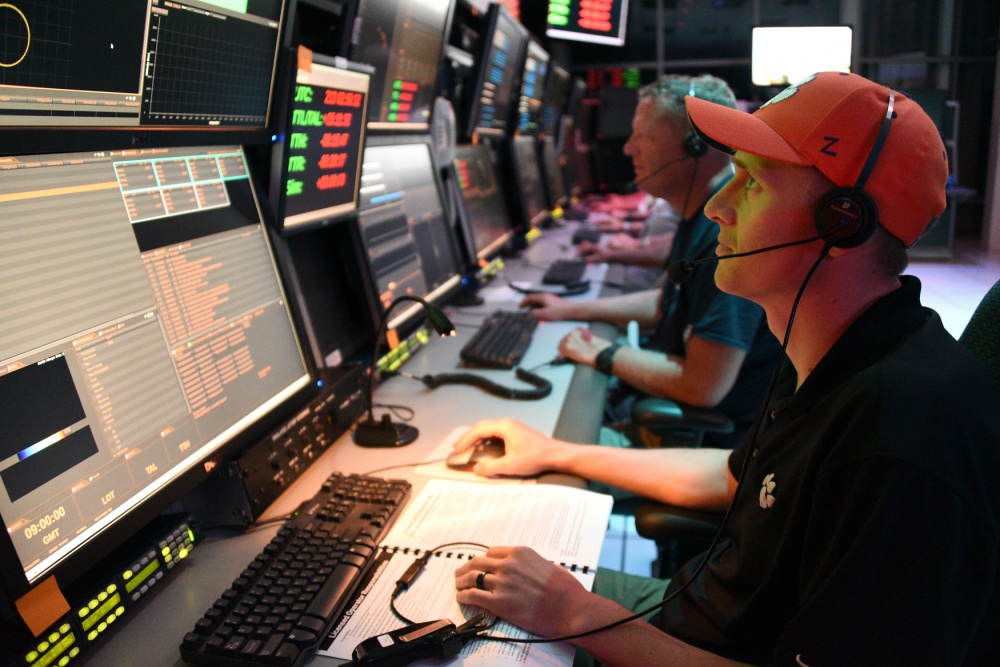 APRIL 16, 2020 – To the U.S. Army Space and Missile Defense Command personnel who run the Ronald Reagan Ballistic Missile Defense Test Site in the South Pacific, the March 19 successful test of the Army and Navy jointly developed hypersonic glide body is the most recent test supported by RTS.

Information gathered from the test and future experiments will further inform the Department of Defense’s hypersonic technology development. The event was a major milestone toward the department’s goal of fielding hypersonic warfighting capabilities in the early- to mid-2020s.

Through the past half-century, RTS’ radars, imaging systems, data collection capabilities, and personnel have supported hundreds of missile tests ranging from validation of concepts and designs for intercontinental ballistic missiles to anti-satellite systems to ballistic missile defense systems. Located halfway between Hawaii and Australia on the Kwajalein Atoll in the Marshall Islands, RTS provides test support capabilities found nowhere else in the world.

“We’re very proud of our role as America’s national test range, and the long history we have supporting the development of ICBMs, ASATs, BMDS, and now hypersonic,” said Thomas Webber, director, Technical Center, USASMDC. “RTS is the nation’s only long-range capable test range.”

Miller notes the time from test concept to test is critical to each event’s eventual execution.

“There are a lot of i’s to dot and t’s to cross before a test can be carried out. We work hard to keep the burden off of our customers, and do our best to keep the red tape to a minimum,” Miller said. “But, there are safety, environmental, host nation and government requirements that must be addressed.”

When it comes time to support the actual test, Miller said, RTS brings instrumentation to bear unlike any other range in the world.

“You only get one shot at recording test data,” Miller said. “For most tests, it’s all instrumentation on deck. Our two tracking radars, ALTAIR and TRADEX, support tests, as well as our two imaging radars, ALCOR and MMW. We also have multiple high-speed optical and camera systems dedicated to capturing every measurable data opportunity.”

After a test is successfully conducted by the launch team, there is still much work to do at RTS. The metrics team at the RTS Data Analysis Center begins to perform data analysis in support of customer requirements, working to fully flesh out all the collected data and perform extensive analysis.

According to Jim Cossey from the RTS Missions Operations Office, after a mission they conduct lessons learned meetings that benefit not just the current customer for any potential follow-on tests, but future customers as well.

In the end, post mission support is just as busy as mission preparation and mission support. Miller said. RTS could not accomplish their mission without core range stakeholders.

“These stakeholders include our fantastic support from U.S. Army Garrison-Kwajalein Atoll and our RTS Range director team, our contracting enablers at Army Contracting Command-Redstone Arsenal Space, Missile Defense and Special Programs, the 413th Contracting Support Brigade, MIT/Lincoln Labs, and all of our teammates with our prime and subcontractors at RGNext,” Miller said.

The next time you read about a missile test, Miller said, do not forget about the people working behind the scenes to make the test possible in the first place.