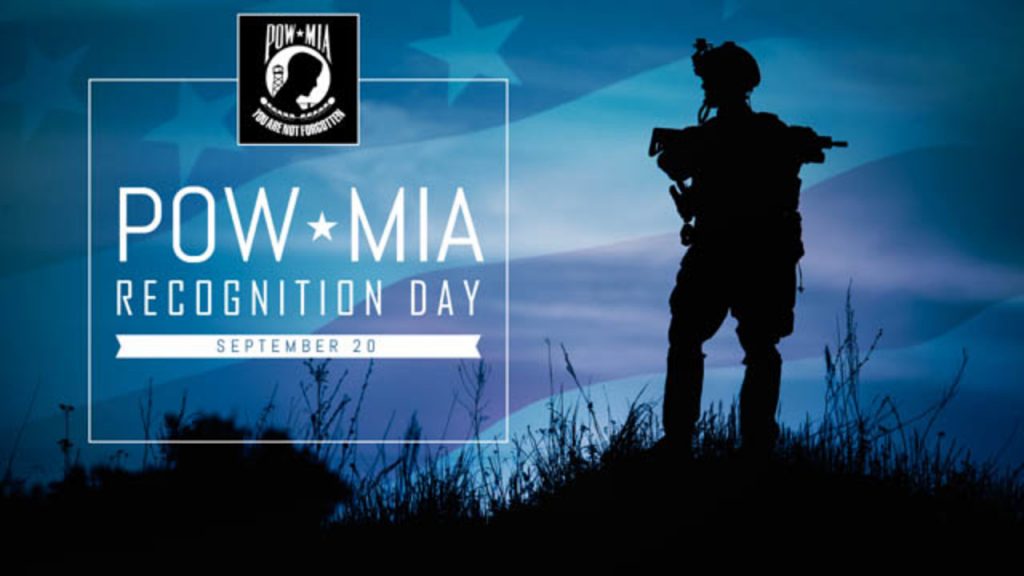 SEPTEMBER 23, 2019 – More than 81,000 Americans who served in World War II, the Korean War, the Vietnam War, the Cold War, the wars in the Persian Gulf and other conflicts have still not returned home. Many were taken prisoner of war or went missing in action long ago.

Deputy Defense Secretary David L. Norquist paid tribute to them, and paid respect to their families during the 2019 National POW/MIA Recognition Day event yesterday at the Pentagon.

“We will never let your sacrifices be forgotten,” Norquist said. “Nor will we ever forget or stop working to bring home those who are still missing.”

Attending the event were several former POWs representing many conflicts the United States has participated in.

Among those veterans were Jerry Wolf, who was with the Army Air Corps. He’d been a top turret gunner in a B-17 Bomber and was captured by the Germans on his 25th bomber mission in late May 1944, just 10 days before D-Day. John Pedevillano, a bombardier, was shot down over Nazi Germany in April 1944. He was held captive by the Germans at Stalag Luft III. Yale Feingold, another World War II veteran, was shot down on his 24th mission over Germany and captured March 16, 1944.

In the Indo-Pacific region, former soldier James Diggs, was captured during the battle of Chongchon River in Korea, Dec. 1, 1950, and was held at POW Camp 5. Robert H. Shumaker, a naval aviator, was shot down by anti-aircraft fire, Feb 11, 1965. He was captured by North Vietnamese.

“We thank each of you for your service and sacrifice,” Norquist said. Recalling the words of President Ronald Reagan, he said “You, our prisoners of war, are the bravest of the brave. You are as the great always are, more than the sum total of yourselves. You are a testament to the strength and character of the American people. You are a symbol of our spirit and an expression of American trust, and your heroism is as old as war itself.”

Earlier in the day, President Donald Trump reaffirmed America’s commitment to finding and bringing home all those who have gone missing defending U.S. interests overseas. Norquist said the Defense Department is working tirelessly to make that happen.

In the last year, Norquist said, the Defense POW/MIA Accounting Agency has conducted 65 recovery missions and 50 investigative missions in countries around the world to uncover personnel lost during World War II, the Korean War, the Vietnam War and other conflicts.

“As a result of these efforts, so far this year, they have identified over 202 U.S. personnel who were previously unaccounted for,” Norquist said “Five from the Vietnam War, 127 from World War II and 70 from the Korean War –providing families long sought-after answers about what happened to their loved ones.”

Norquist said those recently repatriated include twin brothers Leo and Rudolph Blitz – Navy sailors who were lost at Pearl Harbor. They recently were returned to their families and are buried near one another in Lincoln, Nebraska.

Roy Knight an Air Force pilot lost over Laos during the Vietnam War, was also recovered through a joint effort between the DPAA and the government of Laos.

“His remains were flown home to Texas by his son, Brian, himself an Air Force veteran and now a captain with Southwest Airlines,” Norquist said.

Finally, Norquist said, Henry Hoover Jones, a 19-year-old army infantryman, was recently buried in Arlington National Cemetery. His three sisters, now in their 90s, attended the funeral. Jones was the second to be identified from remains turned over by North Korea earlier this year.

“I am humbled by the tireless commitment and fierce resolve shown by all who are devoted to this mission,” Norquist said. “You are an inspiration to us all, and your work gives today’s war fighters the confidence that no matter what happens, their fellow Americans will do whatever it takes to bring them home.”