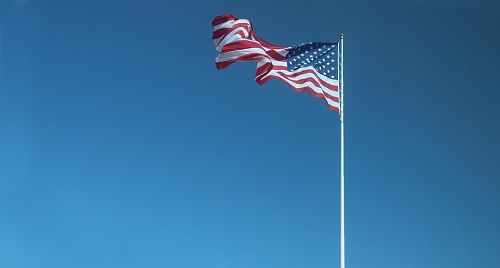 JULY 1, 2016, NAVAL STATION ROTA, Spain (NNS) – A rare sight was seen throughout Naval Station Rota the morning of July 1. The stars and stripes rustled in the wind as hundreds of service members stood at attention and rendered honors to the symbol of America.

While raising the flag is a daily occurrence on most U.S. military installations around the world, Naval Station Rota is only permitted to fly the American flag with special permission from the base’s Spanish admiral because it is a Spanish installation.

Entering into the 63rd year of the partnership between the United States and Kingdom of Spain, Naval Station Rota Commanding Officer, Capt. Mike MacNicholl, reminded guests why this day is so special.

“When we fly our flag, such as today, it is only through the permission of the base admiral,” said Capt. Mike MacNicholl, commanding officer, Naval Station Rota. “So having our Sailors, Airmen, Marines and Soldiers from all the tenant commands gathered here to see our American flag wave proudly overhead makes this event very special.”

This once-a-year tradition brings home honor, patriotism and pride as civilians and military members assigned to Commander, U.S. Naval Activities (COMNAVACT) Spain salute the American flag on Spanish soil. The U.S. presence in Rota is a unique relationship, which in turn makes the 4th of July a special event.

“Spend a few moments today reflecting on the cost of freedom – let us remember those who have paid the ultimate price and keep in our hearts and prayers those on deployment and in the combat zones today – especially members of our Rota family,” said MacNicholl.

The ceremony began the five-day period where the American flag will be displayed aboard Naval Station Rota and presents an opportunity for those stationed here to see the flag fly. The flag will remain hoisted in the air through Tuesday before it will be taken down until another approved event or 4th of July celebration.