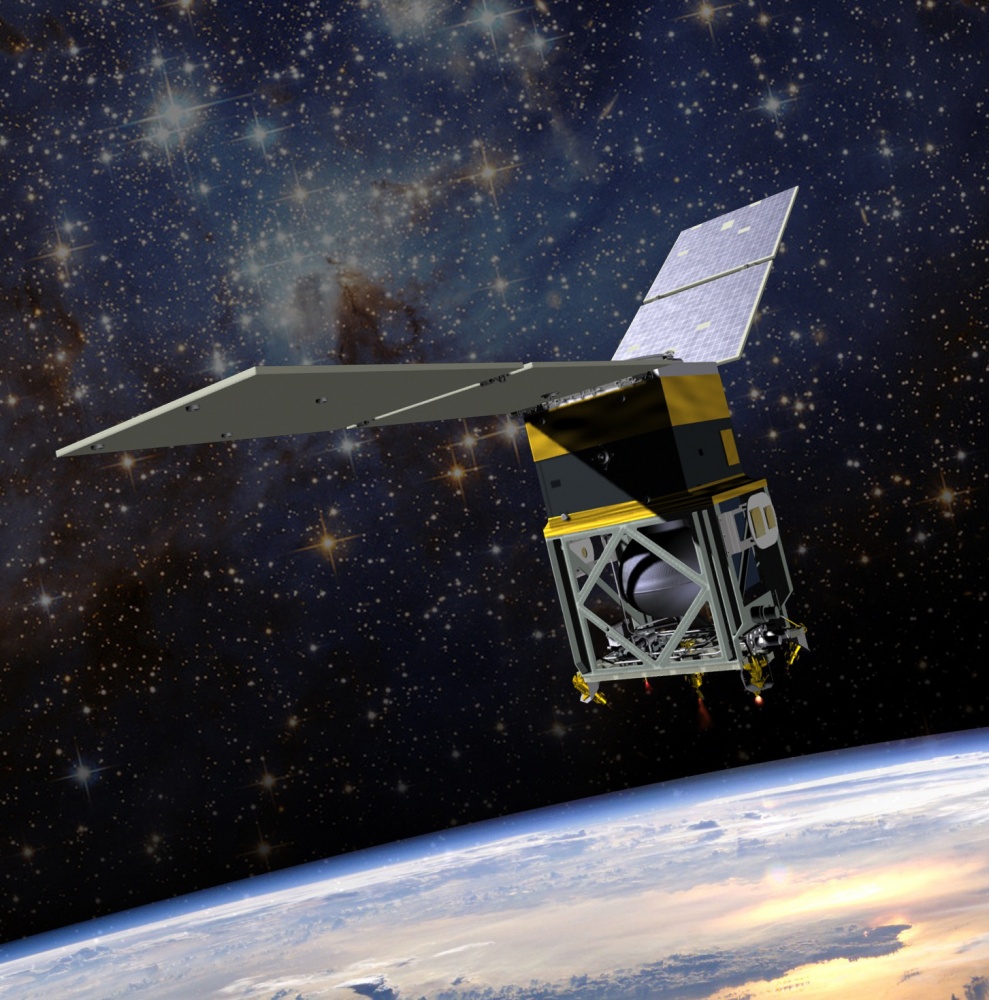 The Small Wind and Temperature Spectrometer (SWATS) will help researchers understand the dynamics of the upper layers of Earth’s atmosphere, while the Tether Electrodynamic Propulsion CubeSat Experiment (TEPCE) will investigate orbital energy created by the Earth’s magnetic field that could propel future spacecraft.

Operating in low Earth orbit, SWATS will monitor atmospheric densities, winds and temperatures while traveling in an elliptical orbit at altitudes between 350 and 700 kilometers above the Earth’s surface. The payload rides aboard NASA’s Green Propellant Infusion Mission (GPIM).

“It’s important to have in situ [direct] measurements, as well as remote sensing measurements,” said Andy Nicholas, lead investigator for SWATS. “[Those measurements will] inform the models and improve predictions for the ionosphere.”

Navy researchers are studying the ionosphere because of its effects on over-the-horizon radar and other long-range communications technologies.

The other NRL passenger on this SpaceX mission, TEPCE is a miniaturized satellite, known as a CubeSat. Once in space, it will divide into two objects connected by a 1-kilometer-long tether. The system will collect electrons from the Earth’s space environment and transmit the electrons from one object to the other.

Its designers expect the Earth’s magnetic field to exert a force on the electrons in the tether, producing a velocity change that will affect both the magnitude and direction of the spacecraft.

“What this means is a possible new propulsion capability for spacecraft,” said Shannon Coffey, TEPCE’s principal investigator. “Which may decrease the amount of propellant that we have to use.”

In all, this SpaceX launch carried more than two dozen science payloads into orbit.