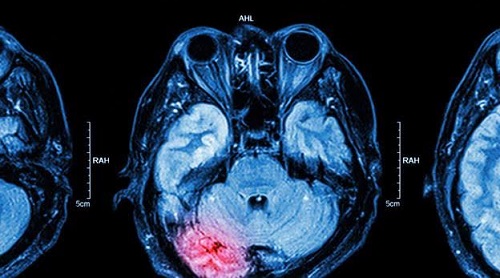 MARCH 17, 2017, PORTSMOUTH, Va. (NNS) – As the wars in Iraq and Afghanistan have been drawing to a close, military health care providers continue to see patients who have had prolonged symptoms as a result of a traumatic brain injury (TBI).

March is Brain Injury Awareness Month, and providers at Naval Medical Center Portsmouth (NMCP) urge anyone who may be experiencing symptoms to reach out and seek help as soon as possible.

“We see a lot of service members that come in after the fact, either because they don’t really know that they have an issue right away or they are worried about seeking help because of how it may look,” said Mark Scialabba, a NMCP neurologist. “When someone waits to get checked, their problems could potentially get worse and more difficult to treat. If someone is experiencing symptoms, they should seek help sooner than later.”

TBIs were one of the leading injuries among troops deployed to Iraq or Afghanistan. This is primarily due to the enemy’s widespread use of improvised explosive devices, such as roadside bombs.

A TBI can be a penetrating injury or it can be a closed-head injury caused by a blow or jolt to the head, or from bomb or mortar blasts whose waves penetrate brain tissue. A TBI often occurs at the same time as a more obvious wound is inflicted.
The severity of the brain injury can range from mild or moderate to severe.

“A mild TBI is more commonly referred to as a concussion and can come with a variety of symptoms such as headache, concentration issues, sleep problems, and vision and hearing problems,” said Lt. Cmdr. Christofer Ecklund, neuropsychology division head. “The biggest thing with a concussion is to realize that the only cure is to give it time to heal and the symptoms should go away.”

With more significant injuries, a person may suffer from Post-Concussion Syndrome, post-traumatic stress disorder, or even depression.

Post-Concussion Syndrome is a set of symptoms a person may experience for weeks, months, or occasionally years after a mild TBI. Factors which increase the risk for PCS include suffering another head trauma before recovering from the first, having traumatic memories of the event, or expecting to be disabled by the injury.

“The symptoms that go untreated for years can often times make it difficult for people to function in their day-to-day lives,” said Scialabba. “When someone is dealing with these issues, it can result in depression and other psychiatric issues that they may need to get a mental health referral for treatment.”

When personnel think they are impacted by a TBI, they can be referred for a screening to see how big the impact is on their functioning and can be referred to the proper clinic or center for treatment.

“At NMCP, we can do a series of tests that show how different functionality compares to where it should be on our charts,” said Ecklund. “When we determine what the root of the patient’s problem is, whether it is the result of an actual TBI or not, we can refer them to get the help they need so they can lead the lives they are used to.”