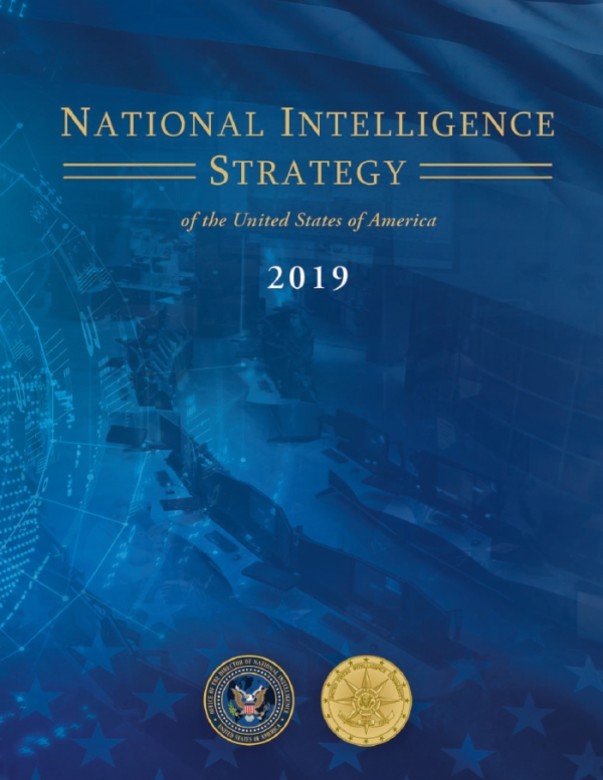 JANUARY 24, 2019 – The latest iteration of the National Intelligence Strategy aims at encouraging innovation and sharing information and intelligence among like-minded nations, the director of national intelligence said.

Daniel R. Coats released the quadrennial strategy yesterday, calling it “our guide for the next four years to better serve the needs of our customers, to help them make informed decisions on national security issues, and to ultimately keep our nation safe.”

The strategy is built upon President Donald J. Trump’s National Security Strategy and is comparable to the National Defense Strategy released last year. The intelligence strategy will help the agencies that make up America’s intelligence community align resources – money, equipment and people – where they are most needed.

“We face significant changes in the domestic and global environment; we must be ready to meet 21st century challenges and to recognize emerging threats and opportunities,” Coats said in the foreword to the strategy.

Overall, the strategy calls on the U.S. intelligence agencies to increase integration and coordination inside the community and search for new ways to accomplish their missions. The strategy also calls on agencies to “better leverage strong, unique and valuable partnerships to support and enable national security outcomes.” Finally, the strategy calls on the intelligence community to be more transparent while safeguarding information and personal accountability.

Return of Near-Peer Competition
Like the National Defense Strategy, the intelligence strategy focuses on the return of near-peer competition with Russia and China. “Russian efforts to increase its influence and authority are likely to continue and may conflict with U.S. goals and priorities in multiple regions,” the report says. “Chinese military modernization and continued pursuit of economic and territorial predominance in the Pacific region and beyond remain a concern, though opportunities exist to work with Beijing on issues of mutual concern, such as North Korean aggression and continued pursuit of nuclear and ballistic missile technology.”

The strategy warns that China and Russia are doing what they can to weaken America’s greatest advantage: its network of allies, partners and friends developed since the end of World War II. “These adversaries pose challenges within traditional, non-traditional, hybrid, and asymmetric military, economic, and political spheres,” according to the report.

China, Russia and other nations such as North Korea and Iran “are increasingly leveraging rapid advances in technology to pose new and evolving threats — particularly in the realm of space, cyberspace, computing, and other emerging, disruptive technologies,” the report says.

New Technologies
These technological advances will allow smaller nations or even terror groups to field sophisticated capabilities that could be used against the United States and its allies. The United States must be at the forefront of research into these new technologies, which include artificial intelligence, advanced automation, nano-technologies and bio-technologies. These last two have incredible potential to cure disease and improve lives, “but without common ethical standards and shared interests to govern these developments, they have the potential to pose significant threats to U.S. interests and security,” the report says.