The site — at http://valor.defense.gov — is designed to raise awareness of service members’ heroism and to help deter those who falsely claim military honors, officials said.

Recognizing those who have served so honorably remains the crux of the DOD effort, Defense Secretary Leon E. Panetta said. “One of the most important things we can do for all veterans is to honor the service of those who have gone above and beyond the call of duty,” he added.

Ultimately, officials said, the intent of the website is to honor soldiers, sailors, airmen and Marines who received the highest valor awards in operations since Sept. 11, 2001. These are the Medal of Honor, service crosses and the Silver Star. The listing covers only awards since Sept. 11, 2001. The site currently lists only those awarded the Medal of Honor, and will expand to include the other awards, officials said.

“It is essential that we honor and recognize our service members’ achievements, while maintaining the integrity of our award data,” said Erin C. Conaton, undersecretary of defense for personnel and readiness. “We are working quickly to compile accurate information on the heroes of the post-9/11 conflicts. At the same time, we will work with the military services to identify and seek to address the challenges associated with compiling data from earlier conflicts.”

America has a time-honored tradition of recognizing the acts of valor performed by Soldiers, Sailors, Airmen and Marines. The lists allow you to share in this tradition and honor those individuals awarded our nation’s most prestigious valor awards for actions after September 11, 2001.

WASHINGTON, Aug. 1, 2012 – A website launched last week that lists recipients of the military’s highest awards for valor for actions since the Sept. 11, 2001, terrorist attacks has been updated with service cross recipients, Defense Department officials announced today.
The site — at http://valor.defense.gov — is designed to raise awareness of service members’ heroism and to help deter those who falsely claim military honors, officials said.

The site launched with the names of Medal of Honor recipients for actions since 9/11, and now lists recipients of the Distinguished Service Cross, Air Force Cross and Navy Cross. The services are continuing to compile the lists of Silver Star recipients to add to the site, officials said. 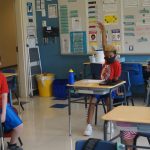