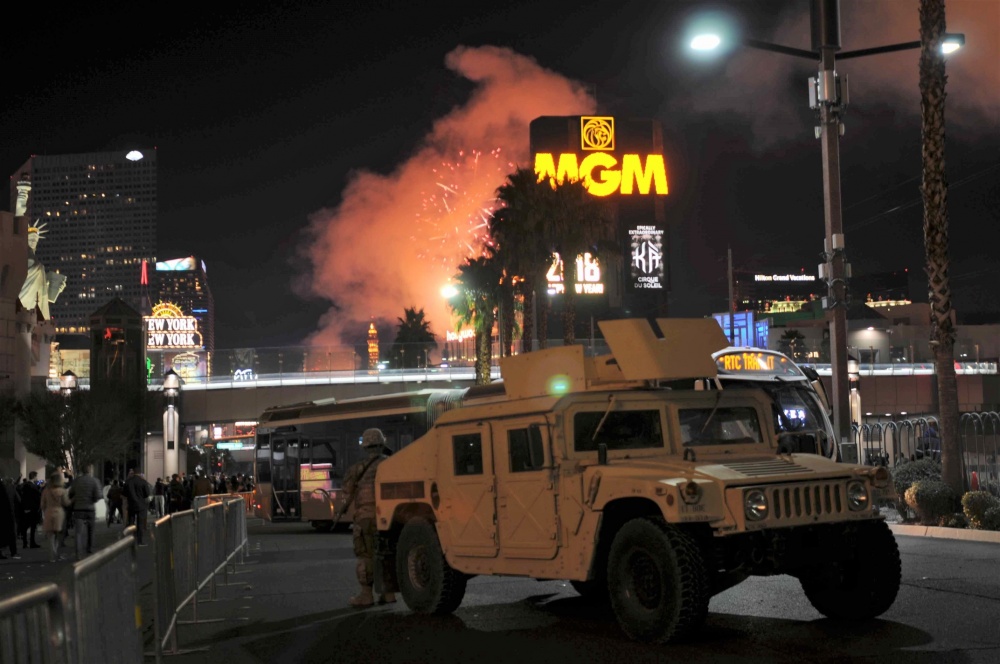 The mission of the Nevada Guard during the holiday is to support Metro Police and ensure Las Vegas remains safe and secure during New Year’s. The mission has been deemed “Operation Silver Phalanx” by the Nevada Guard and it includes more than 50 Soldiers and Airmen on state active duty orders. The 250 Guardsmen will work both on The Strip and at McCarran International Airport through Jan. 2.

Many of the Soldiers and Airmen will be stationed on The Strip on the night of Dec. 31 to ensure a safe and secure “America’s Party.” America’s Party is the name given to the annual celebration on The Strip by the Las Vegas Convention and Visitors Authority. The annual, free New Year’s party is expected to draw more than 300,000 revelers to Nevada’s largest city to mark the beginning of 2019.

Command Sgt. Maj. Paul Kinsey is the National Guard liaison officer who is assigned to the operation’s area command.

“We create a common operating picture for all entities to work in unison in case something bad comes along,” he said. “We are connected in the goal of ensuring that everyone that is having a good time continues to do so and feels secure.”

“It is important to the visitors to Las Vegas and certainly the local citizens to see that we are a National Guard force on state active duty protecting fellow Nevada citizens and keeping the area safe,” Week said.

This is the second consecutive year the mission has been named Operation Silver Phalanx, but the Nevada Guard has been supporting southern Nevada law enforcement agencies and first responders over New Year’s every year since 1999.

Nevada Division of Emergency Management officials stressed there is no specific threat to any event or site in southern Nevada.

“We appreciate everyone coming to America’s Party and enjoying New Year’s with us in the great state of Nevada,” said Week. “It is an honor and privilege to serve the people of Nevada.”

“We’re are here to protect you,” said Kinsey. “Have a good time and enjoy your New Year.

The 250 Guardsmen working on New Year’s Eve is about 100 less than last year. 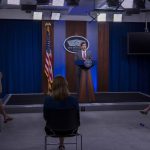