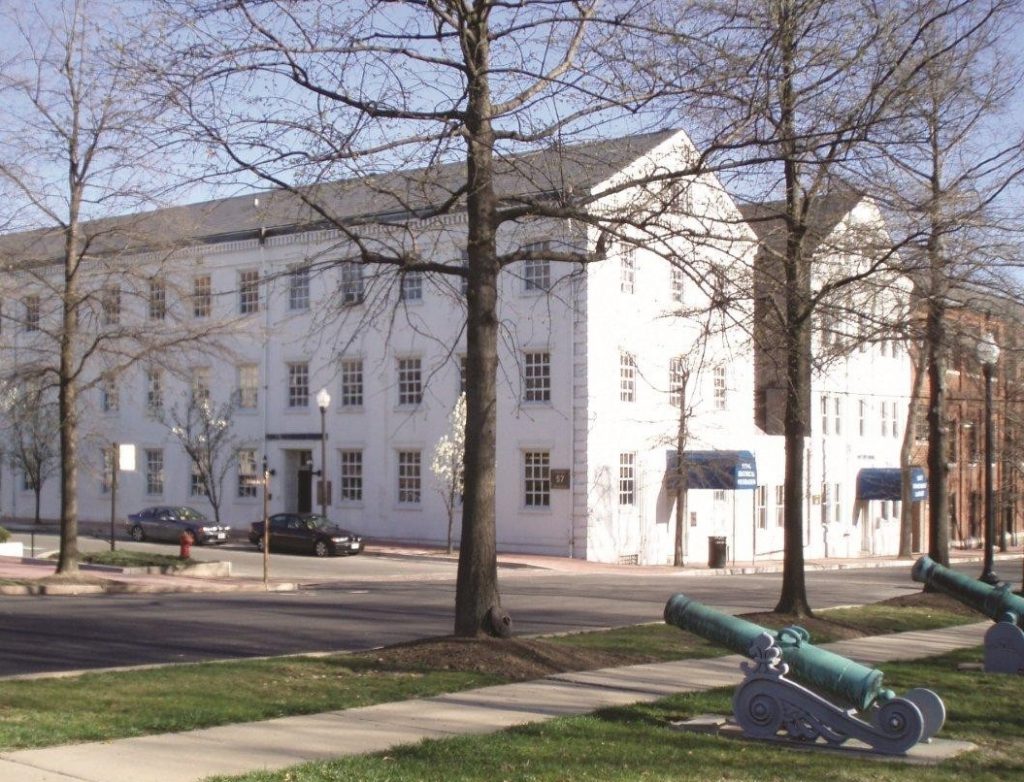 DECEMBER 18, 2019 – Naval History and Heritage Command (NHHC) hosted a ceremony at the National Museum of the U.S. Navy (NMUSN), Dec. 17, honoring the museum receiving its reaccreditation from the American Alliance of Museums (AAM), joining the ranks of museums such as the Smithsonian American Art Museum and the White House Office of the Curator.

Chief of Naval Operations Adm. Michael Gilday acknowledged the achievement by NMUSN in a tweet last week, stating that it is a significant accomplishment.

“Bravo Zulu to the National Museum of the United States Navy on their recent accreditation,” said Gilday. “Based on a rigorous peer review, accreditation means the NMUSN meets the highest standards and best practices for museums in the U.S.”

During the ceremony, Mark Weber, managing director at NMUSN, shared that the museum was singled out for exemplary practices in long-range planning, as well as its educational outreach programs and guided tours.

“The process involves a very detailed self-study and report, followed by a site visit,” said Weber. “I would like to thank Mr. Jeff Barta of the Navy Museums division, an AAM peer reviewer, for his expert guidance during our reaccreditation process. I would also like to thank everyone at NHHC who played a role in this process, particularly Rear Admiral Cox, Pat Burns, Dave Adams as well as the support of the Naval Historical Foundation.”

“When you think of accreditation you think of Smithsonian standard,” said Jeffrey Barta, assistant director for NHHC’s Navy Museums division. “NHHC is the Navy’s only history organization and we are the keepers of the Navy’s history and heritage. These museums are the property of the American people and we want to make sure we are taking care of our priceless heritage assets using the best practices possible.”

According to AAM, accreditation brings national recognition to a museum for its commitment to excellence, accountability, high professional standards and continued institutional improvement. Developed and sustained by museum professionals for over 45 years, the Alliance’s museum accreditation program is the field’s primary vehicle for quality assurance, self-regulation and public accountability. It strengthens the museum profession by promoting practices that enable leaders to make informed decisions, allocate resources wisely, and remain financially and ethically accountable in order to provide the best possible service to the public.

“Accredited museums are a community of institutions that have chosen to hold themselves publicly accountable to excellence,” said Laura L. Lott, AAM president and CEO. “Accreditation is clearly a significant achievement, of which both the institutions and the communities they serve can be extremely proud.”

Established in 1961 and opened to the public in 1963, the National Museum of the U.S. Navy is the only naval museum to chronicle the history of the U.S. Navy from its creation to the present. Artifacts like USS Constitution’s fighting top, the world’s deepest diving submersible, Trieste, and the khaki uniform of former Fleet Admiral Chester W. Nimitz make NMUSN collection second to none.

Naval History and Heritage Command, located at the Washington Navy Yard, is responsible for the preservation, analysis, and dissemination of U.S. naval history and heritage. It provides the knowledge foundation for the Navy by maintaining historically relevant resources and products that reflect the Navy’s unique and enduring contributions through our nation’s history, and supports the fleet by assisting with and delivering professional research, analysis, and interpretive services. NHHC is composed of many activities including the Navy Department Library, the Navy Operational Archives, the Navy art and artifact collections, underwater archeology, Navy histories, nine museums, USS Constitution repair facility and the historic ship Nautilus.