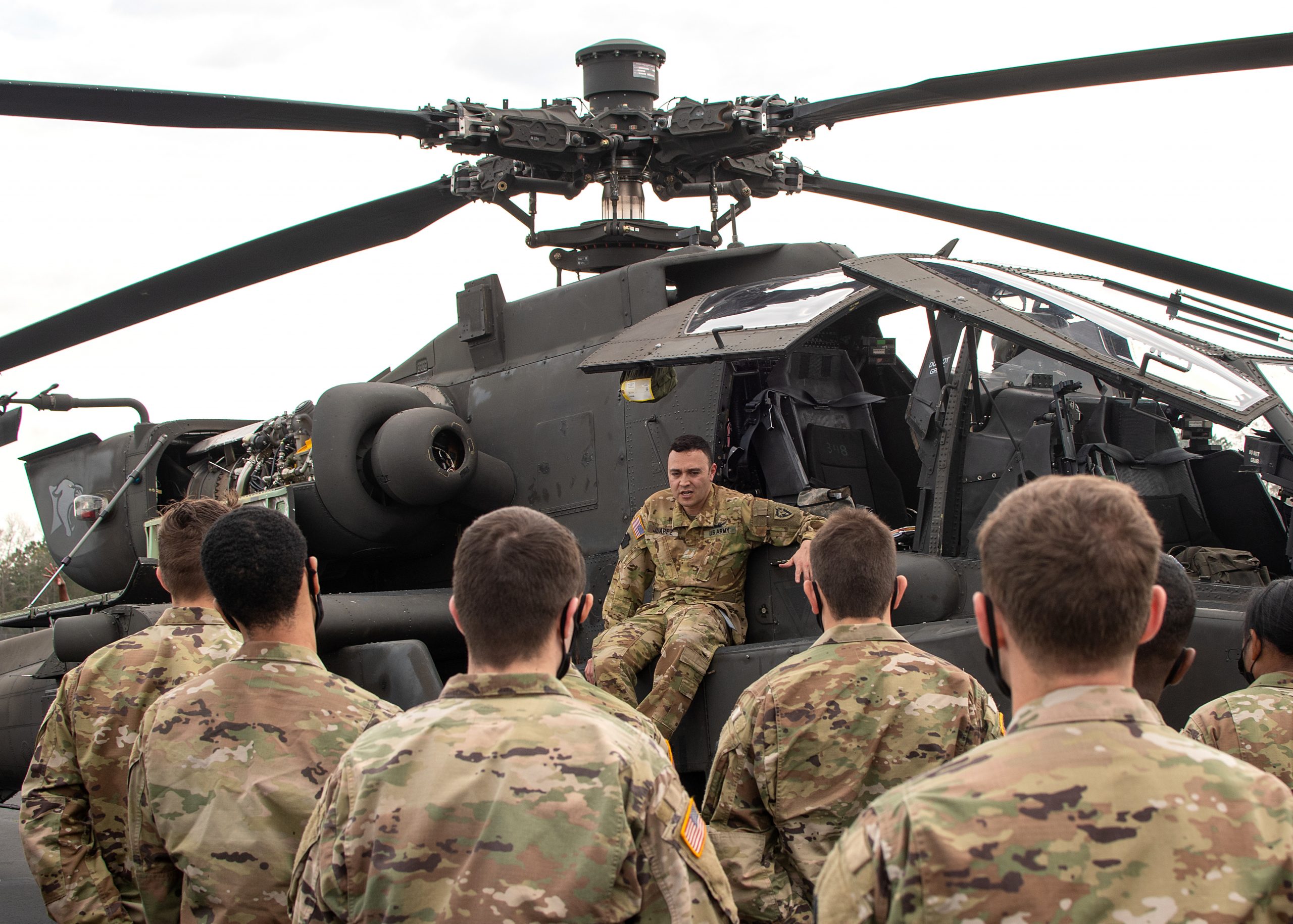 “You’ve not only chosen to serve our nation, you’ve proven you have what it takes to lead, and [show] the courage to ask for what you want, the tenacity to persevere when things are complex, and the heart to look out for others,” said Hokanson. “You are exactly who I want to serve beside.”

The scholarship is offered through a U.S. Army Cadet Command program that provides interested Army National Guard members the opportunity to obtain a commission through an Army-affiliated ROTC program.

“These cadets are the epitome of the Citizen-Soldier as they are able to serve their community, state and nation while earning their degrees as full-time college students,” Army Maj. Gen. John C. Harris Jr., the adjutant general of the Ohio National Guard, said of the two Ohio Army Guard members who were awarded scholarships.

The scholarship covers full tuition and mandatory fees, or room and board, at a flat rate of $10,000 per year for up to five years – depending on the academic track. Cadets also receive a book allowance of $1,200 per year and a $425 monthly stipend. In exchange for helping with tuition costs and other education expenses, the cadet is required to enroll in an Army ROTC program, enlist in the Army Guard as an officer trainee and simultaneously train with his or her unit, receiving weekend drill and annual training pay.

The scholarship is open to all fields of study, though Hokanson said STEM fields – science, technology, engineering and mathematics – are especially important.

“As a matter of practicality, our nation has STEM fields that need smart, talented people like you, and they need you now, frankly,” he said, adding that studying engineering allowed him to pursue a career in Army aviation.

Cadet Sam Dela Rosa, with the Illinois Army National Guard, said the scholarship will pave the way for a smooth transition from college to civilian employment.

“The scholarship will remove many financial barriers, making my civilian career goal as a forensic accountant and financial analyst easier to achieve,” said Dela Rosa, who is attending the University of Illinois at Chicago.

He said the scholarship should help him meet other goals, such as earning certified public accountant credentials.

“It will allow me to devote more time studying for the CPA exam and learning how to improve myself physically and mentally as a future officer in the Illinois Army National Guard,” said Dela Rosa, describing the scholarship as a Guard “investment” in him.

Officials hope to change that. By taking advantage of education benefits, the awardees set good examples for other Soldiers who may be interested, said Air Force Maj. Gen. Richard Neely, the adjutant general of the Illinois National Guard.

“I’ve had the opportunity of being out and seeing troops last year during the COVID response, and we had those discussions that if you’re not in school, you should be in school,” said Neely. “The National Guard has some of the best education benefits [in the military], and you are going to be the recipient of those benefits.”

Neely added that the combination of higher education and military experience greatly accelerated his career.

“As someone who started out as enlisted and ended up a major general, the only reason that happened for me is because of education, and the military experience that came with that,” he said.

In his closing remarks, Hokanson emphasized to the cadets the college experience will be more than just about academics.

“There will be tough times,” he said. “So stay connected to people who care about you, and don’t be afraid to ask for help.”