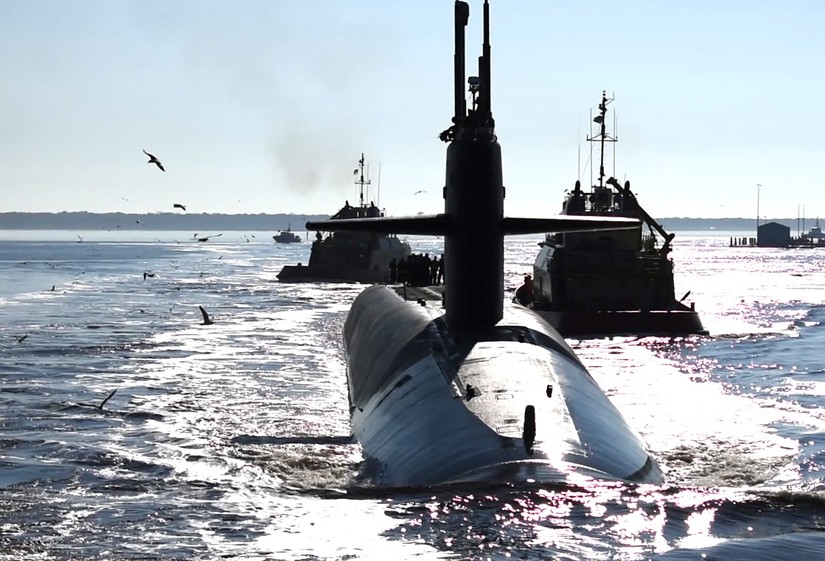 FEBRUARY 27, 2019 – The nuclear triad, which is composed of submarine-launched ballistic missiles, intercontinental ballistic missiles and bombers, “is the most important element of our national defense, and we have to make sure that we’re always ready to respond to any threat,” the commander of U.S. Strategic Command said today.

“I can do that today because I have the most powerful triad in the world,” Air Force Gen. John E. Hyten said.

Each leg of the triad is critical to effective nuclear deterrence, he said.

The bombers which carry nuclear weapons “are the most recallable element,” Hyten said. “They’re the most flexible element of the triad.”

Bombers can be deployed and recalled by the president before they deploy their weapons.

Submarines are the most survivable element, he said. “It allows us to hide from our adversaries and make sure we can respond to any surprise attack.”

ICBMs are the most ready element to respond to a surprise attack, he said, and they create the most significant targeting problem for adversaries. There are more than 400 separate targets across the United States. All would have to be independently targeted by an adversary, Hyten explained.

“That targeting problem is hugely problematic [for an adversary] and creates a significant advantage for us,” he said. “When you put those three together, you get this great operational capability. It provides for us the ability to respond to a failure in any one of those legs.”

Russia and China have also recognized the need for having their own triad, Hyten told the senators.

Russia started its nuclear triad modernization program in 2006 and is about 80 percent completed, the general said. By next year, they’ll most likely be about finished, he said, and the U.S. will just be starting to modernize its triad. “That is not a good place to be from a national security perspective,” Hyten said.

China will soon have a creditable triad threat as well, he added.

Need to Modernize
Nuclear modernization does not mean building a new class of nuclear missiles, Hyten said. It’s about improving the existing triad.

For instance, the aging communications system that links sensors to shooters and commanders needs to be replaced, he said.

Also, new ground- and space-based sensors and radars need to be built to detect the launch of missiles, the general added.