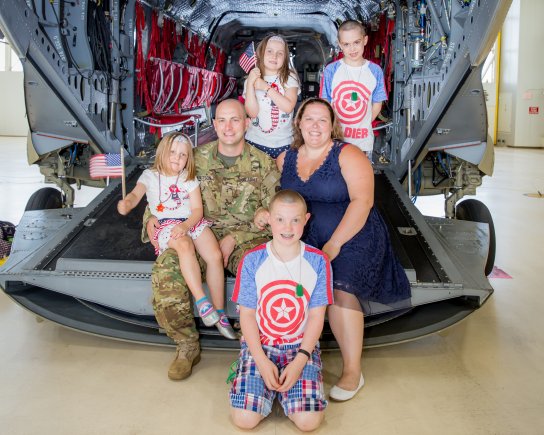 MAY 11, 2018 – The U.S. Army celebrates Military Spouse Appreciation Day on May 11 to recognize Army spouses for their strength, loyalty and commitment to Soldiers and today’s Army.

What has the Army done/ is doing?
The Army recognizes and appreciates the positive effect spouses have on Soldiers and the Army. Ready and resilient Army spouses routinely put the welfare of Soldiers, their Families, and the nation above their own. The Army provides a wide range of programs and serves to support more than 480,000 spouses of Total Army Soldiers. The Army Employment Readiness Program provides spouses resource information on available local, national, and international employment opportunities, job market and hiring trends, educational resources, and volunteer resources.

What continued efforts does the Army have planned?
The Army reaffirms its commitment to provide the best care, support, and services for Army Families by improving their quality of life through initiatives such as Total Army Strong, Employment Readiness, and the Soldier for Life programs.

The Army is indebted to spouses for their care and unwavering support to the Army, including the Gold Star spouses and spouses of wounded warriors. Gold Star spouses are influential members of military communities, and the Army remains committed to supporting them through programs such as Survivor Outreach Services.

Why is this important to the Army?
Spouses are an important part of the Army family and contribute to readiness by enabling Soldiers to remain focused on their missions.