The event represented the Marine Corps’ first activation at North America’s largest dedicated esports facility which covers 100,000 square feet and has the capacity to host 2,500 spectators. Open to all skill levels, Ultimatum II offered qualifier tournaments for collegiate and ISD students from the Dallas and Fort Worth areas as well as an amateur circuit.

The links between the gaming community and service in the Marine Corps have become increasingly apparent, according to Capt. Michael Maggitti, an 8th Marine Corps District spokesperson.

“All gamers, regardless of platform or genre, must face adversity and overcome challenges to succeed. Like Marines, there are battles won both as a team and as an individual that require intellect, resolve and the will to win.” Capt. Michael Maggitti, an 8th Marine Corps District spokesperson

Nathan Andrews, a spectator and avid gamer himself, further echoed the similarities between the Marine Corps and the gaming community.

“Gamers rely on tactics and hand eye coordination, combined with reflexes,” said Andrews. “In most competitive scenarios you don’t have time to deny immediate action. It’s similar to how the Marines are trained despite being more intense on the physical side.”

During the event, many of the attendees were excited to take their turn on the Marine Corps marksmanship trainer. The trainer allowed participants to compete in various courses and earn prizes based on their performance.

“I think it’s awesome,” said Andrews. “I was saying earlier that it’s authentic. It’s like you’re going to the carnival and it’s like one of the games. Traditional ways of engaging just don’t work as well. I mean it’s not surprising that people keep coming to this booth. I one hundred percent expect it from this group of people here today.”

Many of those who interacted with the Marines onsite, were surprised to learn about the many opportunities and occupational specialties the Marine Corps provides. Dr. Leslie Bender Jutzi, a chief academic innovation officer with the Burleson Independent School District in Burleson, Texas, led the team from Burleson ISD that won the Ultimatum II championship. According to Bender Jutzi, avid gamers with a strong grasp on technology have strong potential to find an occupation in the Marine Corps.

The event represented a new relationship between the Marines and Esports Stadium Arlington, one which will draw on the commonalities and shared purpose between the two communities.

“The Marines add a new level,” said Andrews. “I’ve always seen them as the elite branch. With the Marines here, it showcases potential career choices as well as provide credibility to the Esports community.” 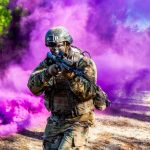 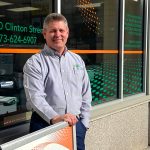 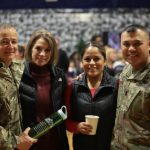