OCTOBER 22, 2020 – The Marine Corps continuously works toward enhancing their operational capabilities while performing amphibious operations to save lives and ensure mission success. For the first time ever, Marines with Marine Medium Tiltrotor Squadron 163, Marine Aircraft Group 16, 3rd Marine Aircraft Wing, launched four oceanographic sensors from MV-22B Ospreys into the Pacific Ocean as part of Trident Warrior 20. By deploying these sensors, Marines were able to capture critical information about features that increase battlespace awareness.

“The ability to deploy these sensors from the MV-22 is important because it provides a unique capability for a new type of aircraft,” said Steven Jayne, a senior scientist with Woods Hole Oceanographic Institution. “Because of how accurate the sensors are, commanders can ensure a safer environment for future amphibious operations.”

Previously, these sensors have only been deployed from the back of C-130s or directly by ships. Having a facile aircraft like the Osprey be able to deploy them offers new opportunities to get battlespace sensors into the regions where they are needed.

“Using the MV-22 to deploy these sensors not only greatly expands when and where oceanographic data can be collected, but having the capability to organically deploy these sensors, can ensure that the data most relevant to the Marine Corps is captured,” said Jayne.

Given this new opportunity, the Marines with VMM-163 have now proven that such training is possible by successfully launching four buoys into the Pacific Ocean. The buoys that were deployed are capable of transmitting oceanographic data via satellite, providing the Marines the best environmental awareness possible prior to conducting amphibious operations.

“What the Naval Oceanographic Office and the Naval Research Laboratory are doing is providing the capability to sense the ocean so that we can provide the information for commanders to make mission critical decisions,” said Chief Warrant Officer 3 Joseph Lester, the Marine Meteorology and Oceanography officer with 3rd MAW, G-2 Intelligence section.

The METOC department works with the Navy counterparts as they tackle the volatile land-sea interaction of the beachhead that Marines and sailors will be called to secure. This land-sea interaction produces some of the most dynamic and changing sea states on the battlespace, which reduces room for error during ship-to-shore operations.

“The Navy and Marine Corps METOC team has the responsibility and opportunity to provide highly accurate, near-shore weather support to ensure the safety of amphibious landing forces,” said Lester.

VMM-163’s participation in Trident Warrior 20 demonstrates the potential for future collaboration. By leveraging both the Navy and Marine Corps resources in future exercises, the Navy and Marine Corps team can rapidly develop and field innovative solutions to the Fleet’s most challenging priorities such as ensuring the safety of our Marines and equipment during amphibious operations.

As battles such as Inchon and Tarawa have shown, knowledge of the physical battlespace is critical to the success of amphibious operations. In that same context, the high accuracy the sensors can provide will allow Marines and Sailors to seize the initiative, as well as mitigate risks, by exploiting conditions and trends that may have previously gone unnoticed.

“At this stage it would be imprudent to list out the Trident Warrior-21 initiatives that address the capabilities required to execute the Expeditionary Advanced Base Operations concept. That there is significant interest increasing Marine Corps participation in Trident Warrior-21 and other experimental venues,” said Kelso. “We recognize that ‘stove-piped’ efforts cannot adequately address the requirements needs to successfully conduct EABO, however, through early and frequent collaboration between the Navy and Marine Corps we can speed the delivery of the necessary capabilities to the Fleet.”

3rd MAW’s participation in this oceanographic sensor deployment increases the Marine Corps capability to provide critical information both in the littorals and far shore. This partnership with the NRL, Naval Oceanographic Office, and 3rd MAW serves to validate cutting edge littoral sensing platforms and solidifies our commitment to information dominance by advancing our collections capabilities for the next contested littoral fight. 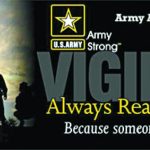