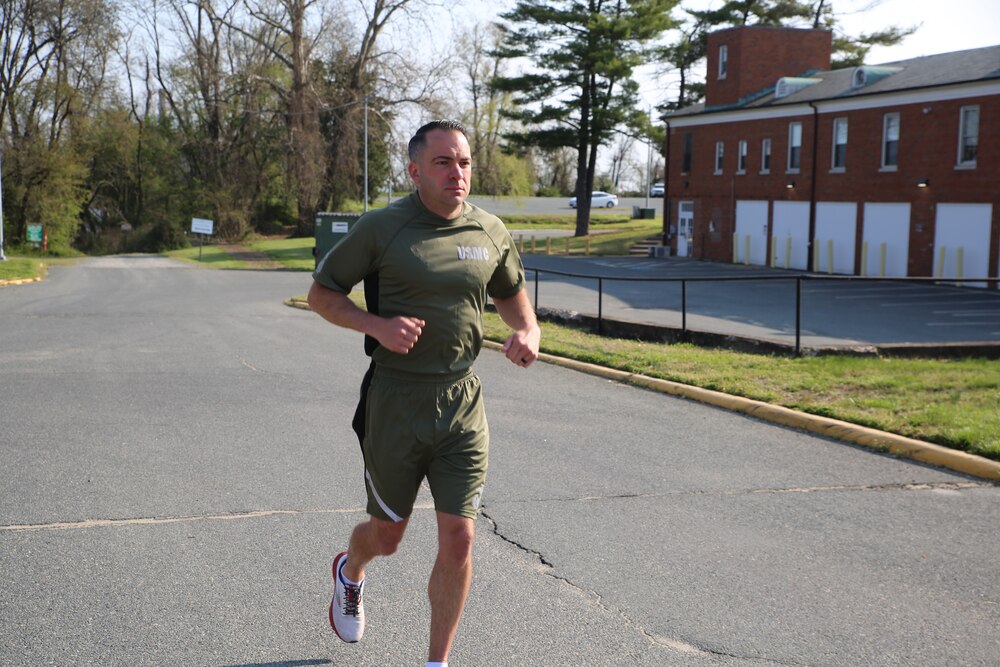 On April 13, MCSC awarded four contracts to produce PT uniform sets comprised of one PT shirt and one PT short. The uniform is for Marines to wear while conducting individual or organized PT exercises, and will provide a more athletic fit by incorporating anti-microbial, moisture-wicking, stretch, fast-drying and reflective attributes.

Made in America, American Fashion Network, of East Syracuse, New York; Fit USA, of Ormond Beach, Florida; SND Manufacturing, of Dallas, Texas; and String King, of Gardena, California will be manufacturing prototypes of the updated uniform.

What will the new PT uniform look like?
Konicki said the new uniform will include a design modification to the current general-purpose trunks and undershirt that have been in service for nearly a decade. The PT shirt will be more fitted than the current undershirt, and will include side mesh panels for breathability.

Each sleeve will have an eagle, globe and anchor—the Marine Corps’ insignia—in reflective silver. The back of the shirt will read “USMC” vertically, and have diagonal reflective strips on each side of the letters.

The PT short will be basketball-style and constructed in olive drab green performance fabrics with black mesh side panels and a longer inseam than the current general purpose trunk. It will have a bike-style liner and side seam pockets with zipper closures.

As a planned augment to the uniform, there is an optional running short for those who prefer a shorter inseam. The running short would not be included in the initial clothing allowance issue or on the minimum requirements list, but would be authorized for wear during unit PT events.

Reflective attributes for the shorts include the eagle, globe and anchor at the bottom left hem of the left leg and proportional diagonal striping on the right front leg and on the rear of both legs, from the hem to the mesh side panels.

“Active wear has come a long way from when the GP trunk was first issued,” said Kristine Bealmear, the PTU project officer for MCSC’s Program Manager Infantry Combat Equipment. “I feel it’s important for our Marines to have these advanced garments to provide them comfort and durability during their PT sessions. They need to look their best regardless of uniform.”

The maternity PT shirt and shorts will be added to the maternity supplemental uniform allowance and will be issued to pregnant enlisted Marines. The uniform will be available for purchase by pregnant officers. 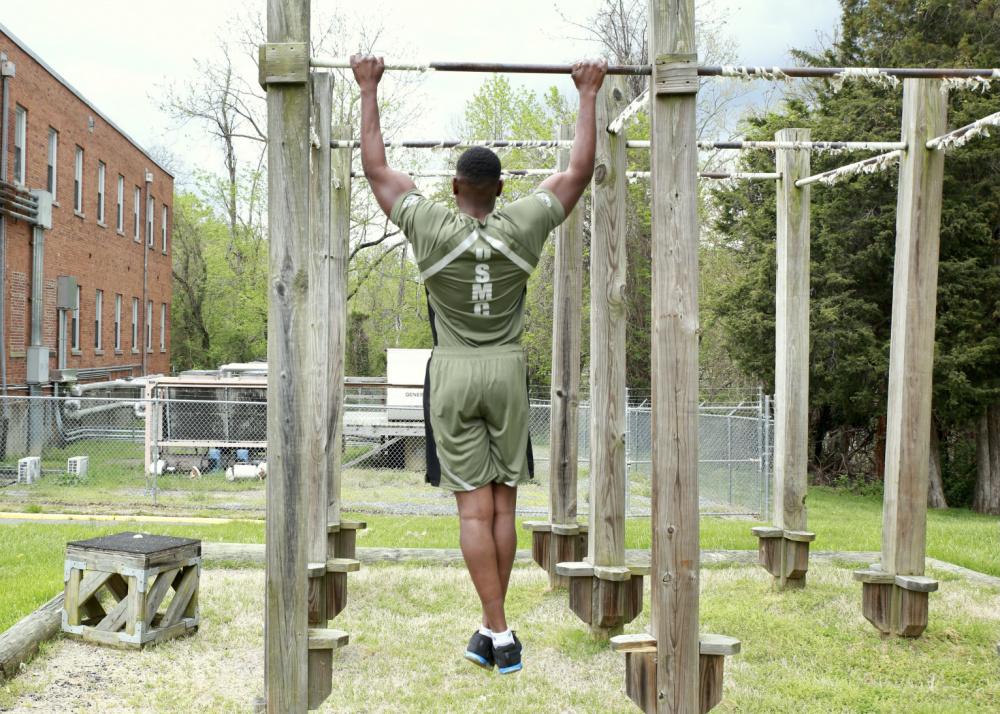 Who is testing the new uniform?
MCSC is procuring a total of 600 uniforms; 100 will undergo durability testing in a lab environment and 500 will be issued to a diverse mixture of officer/enlisted, junior/senior and male/female Marines for their use and feedback.

MCSC is working with Training & Education Command. The intent is to include instructor and student populations from the SNCO and NCO Academies and instructors from Officer Candidate School and The Basic School.

The evaluation will run for a minimum of 30 days, but could last longer depending on the delivery schedule after contract award. Testing is scheduled to be complete by the beginning of August to allow for enough time to consolidate the feedback, present the changes to the Marine Corps Uniform Board for decision, and then update the contract to execute funds prior to the end of FY21.

This timeline supports initial fielding to Marine Corps Recruit Depots and OCS as part of the initial clothing allowance issue.

When can I get the new uniform?
The new Physical Training Uniform is expected to be available for purchase at Marine Corps Exchanges in the spring of 2022.

The revised PT uniform ensemble will include: the current running suit, the current sweat suit, and the new PT shirt and shorts. The current general purpose trunks will be phased out. The Marine Corps Uniform Regulations will be updated to address the wear of the new basic physical fitness uniform ensemble, said Boyt.